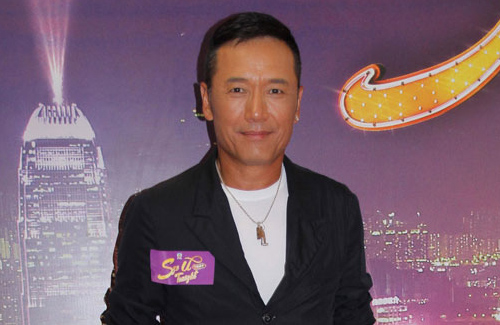 Many fans of last year’s popular TVB drama, Line Walker <使徒行者>, were ecstatic to hear that a film version would soon be in production. However, recent rumors disclosed that original lead Raymond Lam (林峯) is excluded from the cast and veteran actor Michael Miu (苗僑偉) would become the only male lead. While filming for a special Father’s Day edition of the variety show Sze U Tonight <今晚睇李>, Michael dismissed the rumors as false and revealed the cast is still unconfirmed.

Michael expressed, “The rumors are definitely false. I have no idea why such information was leaked. TVB and the corresponding film company are still in the preliminary discussion stage. Nothing is settled at the moment, and I haven’t received notice regarding when filming begins.” He continued that he is happy about the release of a film version, but hopes it will feature the original cast. However, he is unsure if Raymond would take part.

Line Walker had attracted many viewers in Mainland China last year, and Michael understands that receiving approval from their broadcasting companies is more complicated since their theme is rather sensitive. “The script must therefore be finished before the filming date is set,” he said.

To Spend Father’s Day With Wife

With Father’s Day coming up on June 21, Michael originally had the idea to fly overseas to visit his son and daughter. Unfortunately, his work schedule put a change to his plans. Instead, he will celebrate the day by dining out with his wife, Jamie Chik (戚美珍).