Flying Tiger 3 <飛虎3壯志英雄> is halting filming for a week to ensure the safety of their cast and crew, given the rise in COVID-19 cases. TVB executive Virginia Lok (樂易玲) explained that they are in the midst of reorganizing their filming schedule so that sanitation can take place. The company also hopes to minimize the number of people filming at once and is working to provide proper hygiene equipment. 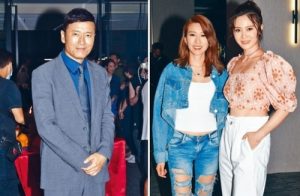 The drama’s protagonist, Michael Miu (苗僑偉), shared that many productions have stopped filming again due to the severity of the virus. He said, “Now that I have an extra week with nothing to do, I will probably only go running. But I will stay home to be safe for the remaining time.”

Co-star Ron Ng (吳卓羲), who managed to wrap up a few more scenes before the filming got suspended, supports the decision to hold off on production. He explained that they are filming at bars and restaurants next, so “it is smart to stop filming now since there will be a lot of people.”

The actor expressed, “There will be some delays with filming because it was supposed to commence in March. The virus has impacted everyone.”

Ron also shared that he will be keeping an eye on his mom this week to make sure that she doesn’t go out, given her old age. He hopes to use this time to exercise or have a meal with costars Bosco Wong (黃宗澤) and Michael. As for Eddie Cheung (張兆輝), he is using this time to celebrate his daughter’s birthday. 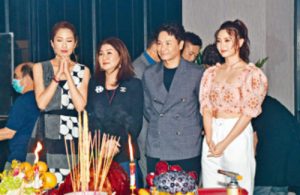 Before filming halted, Flying Tiger 3 stars, Elaine and Rebecca Zhu (朱晨麗) said they frequently washed their hands and brought sanitizers to work. They also disinfected their clothes and shoes and took a shower right when they returned home.

Although Elaine is unsure if there will be kissing scenes, she anticipates that they’ll hold off on shooting intimate scenes until the situation is better. She shares that a lot of her gatherings have been canceled for safety reasons.

On the other hand, Roger Kwok (郭晉安) was unaware that the company suspended filming. However, he is happy that the company is taking precautions since he has children at home, and actors are not allowed to wear face masks while filming.