Michelle Chen and Chen Xiao Will Have Three Weddings? 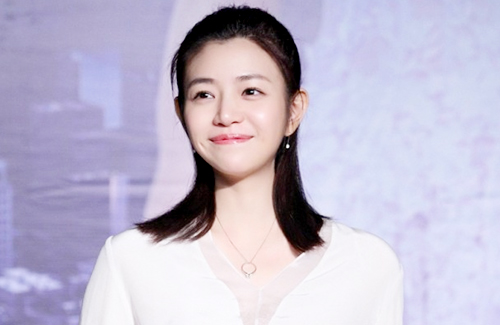 The next few weeks will be big for Michelle Chen (陈妍希) and Chen Xiao (陈曉). The couple, who are expected to officially tie the knot this July, will reportedly have three different weddings in Beijing, Taiwan, and Anhui.

At a Beijing press conference for her latest television drama City Still Believes in Love <北上广依然相信爱情>, Michelle’s costar Zhu Yawan (朱亚文) leaked to the press that Michelle plans to have her wedding in Beijing, Taiwan, and Anhui.

Earlier, it was reported that Michelle and Chen Xiao will have two weddings—one held in Beijing on July 19th, and a second one held in Michelle’s hometown, Taipei, on July 21st.

“[I hope] Chen Xiao will treat her well! Have kids earlier so you can come back sooner!” Yawen joked.

In regards to this, Michelle merely smiled and said, “Thank you everyone.”

In the television drama, Michelle plays Huang Yiran, a wedding planner. Michelle said she has researched a lot about the field prior to shooting the series, and expressed that she has learned a lot through filming. Maybe she’ll be using her newfound knowledge for her own upcoming wedding!

2 comments to Michelle Chen and Chen Xiao Will Have Three Weddings?