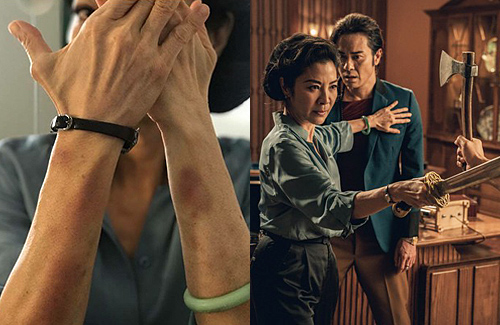 Explosive new martial arts film, Master Z: The Ip Man Legacy <葉問外傳：張天志>, is slated to hit theaters on December 20. Michelle Yeoh (楊紫瓊) and Max Zhang (張晉) recall their filming experience and how they had suffered bruises in the fighting scenes.

Although she is 56 years old, Michelle filmed her own action scenes and ended up with numerous bruises on both arms. Starring alongside the actress, Max explained that he was not surprised by Michelle’s professionalism. He expressed, “Michelle moves her weapons very quickly and my ears would often times ring – especially when the weapons were coming straight for my head. They were all very close calls. Tony Jaa’s movements were really quick and swift – his fight scenes with Dave Bautista were full of power.” 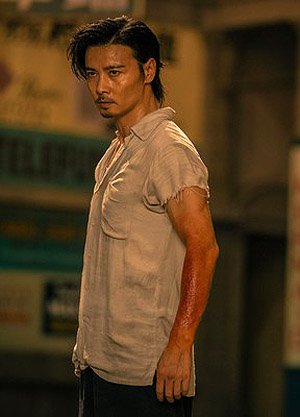 Max explained that due to nature of the costumes, Michelle was unable to use any type of padding when doing the fight scenes. Praising Michelle’s ability to hide her pain despite the action requirements, Max said her stamina has not waned in the last 20 years.

Equally battered from all the fight scenes, Max admitted to have garnered numerous injuries over the years from filming. Playing the main character in Master Z: The Ip Man Legacy, Max said it was not different than his action films in the past and said he is already used to going home with cuts and bruises.

Master Z follows Cheung Tin Chi (portrayed by Max Zhang) after he loses a fight with legendary Wing Chun master, Ip Man. Max said his character is a stark contrast to Ip Man’s gentle and conserved nature. Cheung Tin Chi uses a fiercer style of Wing Chun and is someone who is highly competitive, unwilling to admit defeat.