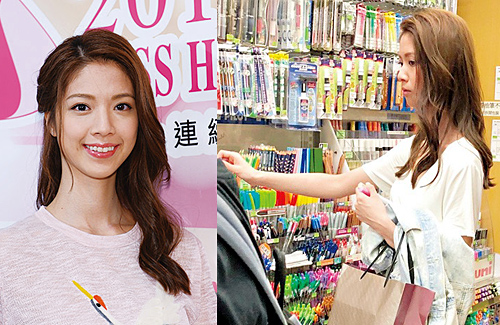 Not only is she smart and ambitious, Hera is also very filial. She still lives with her parents and is often spotted going out to have dim sum together. Her parents were full of praises, with her mother saying, “She is very thoughtful towards me. She always gives me money and asks what I want and buys things for me. I told her there’s no need! She really is very filial.” Chiming in, Hera’s dad also added his praises, “This daughter of mine really is filial. She often makes time to accompany us to dim sum. I never had to worry about her school work.”

Hera is also a frugal person. She does not shy away from public transportation and has been spotted shopping only at discount stores. Hera also previously dated Hong Kong singer Det Dik (狄以達). Her frugal nature was evident even then. The couple was often spotted out eating at local inexpensive eateries.