With the exception of Story of Yanxi Palace <延禧攻略>, Chinese dramas aren’t exactly the most well-received genre-type in Hong Kong. On the other hand, mainland China still has strong nostalgia for a solid Hong Kong piece. With ViuTV dramas rising in prominence, TVB’s monopoly on Hong Kong TV is being shaken. 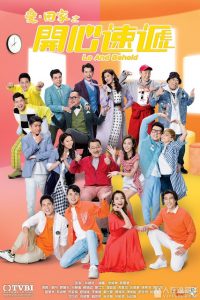 As reported on Douban, China’s premier entertainment rating website, TVB sitcom Lo and Behold <愛·回家之開心速遞>—the fourth series of the long-running Come Home Love sitcom—is the highest-rated Hong Kong television drama series of 2020, achieving a solid 9 out of 10 stars on Douban. The beloved sitcom is one of Hong Kong’s longest-running television series, with over 1,000 episodes.

In terms of limited drama series of 2020, Viu TV’s The Gutter <歎息橋>, produced by and starring Bowie Lam (林保怡), has topped the list, earning a rating of 8.9 out of 10 stars on Douban. The Gutter’s strength comes from its success in blending nostalgic Hong Kong family drama into a modern format, in which different characters retell the same story in their own perspective.

Following The Gutter is TVB’s The Exorcist’s 2nd Meter <降魔的2.0>, which also happens to be a top favorite among Hong Kong audiences as well. A supernatural drama about a taxi driver who kills demons, The Exorcist’s 2nd Meter is a breath of fresh air in the television scene. Many of the angels and demons in the show are based on Buddhism and traditional Chinese mythology.

TVB thriller Brutally Young <十八年後的終極告白> earned an 8 out of 10 stars, putting it third on the highest-rated list. It starred Shaun Tam (譚俊彥) as standard middle class accountant whose life is turned upside down when an 18-year-old murder case resurfaces. The drama is well-received for its characterization. 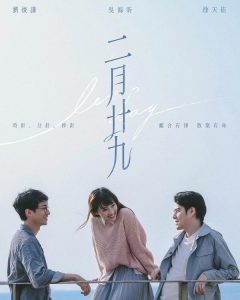 Forensic Heroes IV <法證先鋒IV>—despite being the most-watched Hong Kong drama series of 2020 in mainland China—had the lowest rating at 5.1 out of 10 stars. Lack of originality and wooden acting were said to be the reasons it failed.