Before he got famous, MIRROR‘s Keung To (姜濤) once tried to lose weight using extreme dieting methods. Suffering from poor health due to unhealthy weight loss during puberty, he only figured out how to stay in shape sustainably later on.

Spurned By a Girl He Confessed To 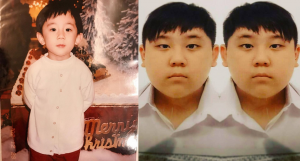 A petite child, Keung To started gaining weight rapidly in primary school and reached 210 pounds in the first year of middle school, before he even reached 5 feet 6 inches in height. Sharing his weight loss journey, he admitted to often dining out in his youth, and could easily polish off three fast food meals in a single sitting, in addition to “downing two burgers before bedtime.”

Teased about his weight by classmates, his mom would also be “invited” to school after his yearly physical check-ups, as the doctor warned that he was at risk of heart disease, high blood pressure and diabetes if he continued gaining so much weight.

Later, things spiraled out of control when he started working part-time at a fast food restaurant at 15 as he could not stay away from his favorite foods! It was only a year later that a failed confession to his high school crush spurred him to try losing weight. 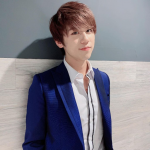 Getting Out of Bed at 3 a.m. To Exercise

Keung To started using very unhealthy methods to lose weight by allowing himself just a few apples a day, while insisting on jogging. Although he managed to lose inches quickly, his pubertal body grew weak, and he experienced nosebleeds and even convulsions in his sleep, which worried his mother.

Later, he took part in two talent search programs, Happy Boy <快樂男聲> and Good Night Show <全民造星>. It was during Good Night Show that he was also studying to be an exercise coach so he could learn how to keep fit healthily.

After becoming a celebrity, Keung To continued working hard to keep himself in good shape. Besides going for aerobic exercises at Victoria Park, he would make extra effort to work out more before appearing onscreen. On days scheduled for MV filming, he would wake up as early as 3 a.m. so he could squeeze in a workout and get rid of any water retention first.

However, his hectic schedule meant that fluctuating weight was always a challenge. While he used to have three proper meals a day and habitually ate roast pork rice for breakfast, he would even skip breakfast now, which he says makes him feel “more awake.” However, the idol is cautious not to advocate his methods for everyone. “If you feel more energetic after having breakfast, I’d say, go for it.”

To prepare for MIRROR’s upcoming May 2022 concert, Keung To revealed that shaping up through proper exercise is definitely on his to-do list.

Female fans are so dedicated to boyband MIRROR they do not mind draining their time and wallets, making their husbands jealous.