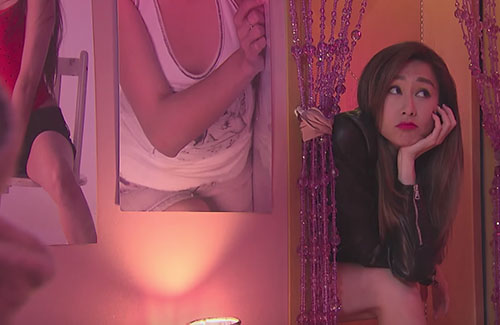 The martial arts drama, widely regarded as the modern version of A Fist Within Four Walls <城寨英雄>, centers on the story of influential business leader Ling Hung (Nina Paw), who has to deal with a traitor within her midst. Ruco plays her son, Ko Tz-kit, and Nancy plays Nina’s bodyguard, Yuen Ching-yan.

In a new clip unveiled by TVB, Nancy follows Ruco into his home. He grudgingly tells Nancy to leave him alone, and when she refuses, Ruco attempts to fight his way out.

The clip showcases their individual fighting styles—Ruco a rusty beginner, and Nancy, an MMA fighter. In the end, Nancy does a 360 turn on Ruco’s shoulder, knocking him down.