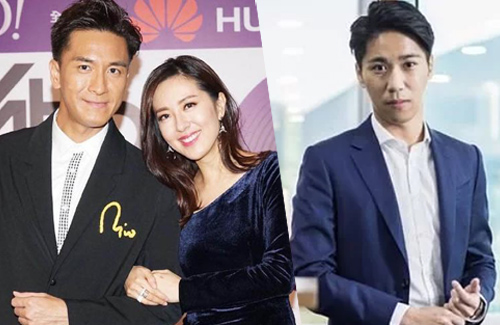 After being friends for over ten years, Kenneth Ma and Natalie Tong are suspected to be dating.

Kenneth Ma (馬國明) has allegedly admired Natalie Tong (唐詩詠) for years, but the timing wasn’t right as both were dating different people. Last year, both became single again and have been spending an increasingly amount of time together recently. Even as the gossips continue to grow, the two artistes did not directly respond or decline the possibility of dating.

Natalie’s ex-boyfriend, educational consultant Samuel Chan (陳思銘), broke his silence and wrote a long essay of his relationship woes. While Samuel did not specify whom he is referring to, many people are speculating that Samuel was writing about Natalie. In his post, Samuel stated that a better man is able to take care of her.

Natalie and Samuel Are Over

Although they never admitted to their relationship publicly, Natalie and Samuel had allegedly dated for a year. Their social media posts hinted that they had loved to go hiking and travel together. The paparazzi even caught the pair buying groceries at the supermarket before retreating back to Samuel’s apartment to cook together. The media speculated that they were even cohabiting.

Despite being photographed on their dates, Natalie however stressed at the time that she and Samuel were not dating, “I said many times that he is not my boyfriend. That time we were going to our friends’ gathering. I don’t want to comment further. Everyone, please give me some space. I am worried that my male friends will have a lot of pressure. They are scared and don’t want to eat with me at the same table.”

In December, Natalie and Samuel were presumed to have split. When asked by the media, Samuel was noticeably stressed and clarified that he has not seen Natalie in a long time.

Referencing his heartbreak in his Instagram post, Samuel felt deeply hurt when he realized a new man has entered her life. Although Samuel didn’t name any names, netizens assumed he was writing about Natalie and how she may be in a new relationship with Kenneth Ma.

Samuel revealed that he once chose to remain silent when the woman asked him, “Did you think about whether you really love me?” Samuel’s indifference prompted the woman to not want him to drive her home. She kissed him good night, which turned into a farewell kiss as Samuel realized later.

When Samuel’s friends found out about how he ended this relationship, they urged him to win her back. Although Samuel knew that she is a “good woman,” his career is still his top priority. “If it’s between her and my work, I would definitely choose my work. Since I know my own choice, there is no need to disappoint her.” 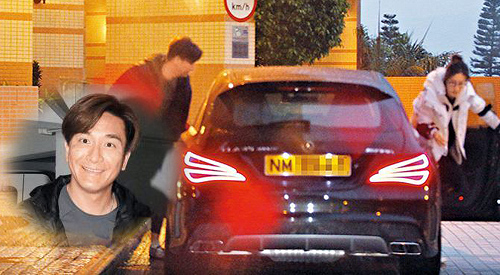 Natalie goes out with Kenneth four times in five days

Samuel continued in his post, “Recently, I saw a photo of her going out. A new man appeared in her life. To be blunt, the man appeared to be overly eager, but he seems to treat her really well. I can tell that his sincerity truly came from his heart. … Seeing another man treat her so gently, it deeply hurt me.”

Despite his heartbreak, Samuel decided to let the relationship go. He wrote, “Although I’m thinking of her, that doesn’t mean I would try to get her back. Not disturbing her would be the best [course of action].”