From colleagues to friends, the pair has always stood by each other.

Kenneth Ma (馬國明) and Natalie Tong (唐詩詠) have always been regarded as an ideal couple by the public. Recently spotted meeting up four times in five days, the pair allegedly advanced beyond friendship.

Reportedly, Kenneth has been carrying a torch for Natalie for many years, but as she did not see him in the same light, he could only silently stay by her side for the past ten years as a brotherly figure. Missing many chances as they were involved in different relationships with other people before, now may finally be the right time for romance to blossom. 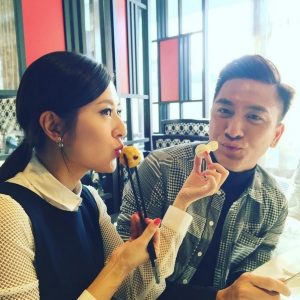 As early as 2009 when the two stars collaborated in A Fistful of Stances <鐵馬尋橋>, Kenneth and Natalie had already developed mutual good feelings. From looks to personality, the two seemed a good match. Although Kenneth was allegedly interested in her, Natalie was already attached so they addressed each other as brother and sister.

An unidentified source said, “It is well-known that Kenneth is a great guy, and he has been very public about his good feelings towards (Natalie), always praising her as a good girl. It was not difficult to see that he likes her. However at that time, Natalie was still dating Amigo Chui (崔建邦) and did not consider Kenneth. Since Kenneth continued treating her very well, so Natalie regarded him as a back-up suitor!”

The same source added that Kenneth has “never given up” and was around to offer support every time Natalie experienced hurtful breakups. However, timing always seemed to work against them, as Kenneth was dating Jacqueline Wong (黃心穎) when Natalie broke up with Tony Hung (洪永城) two years ago.  She was dating educator Samuel Chan (陳思銘) when Jacqueline was caught cheating on Kenneth in April 2019. 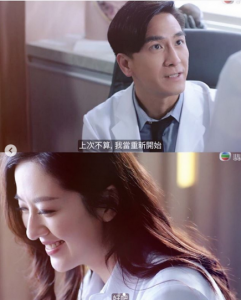 Mutually supporting each other over the last decade, Natalie and Kenneth’s careers have matured and both have clinched the TVB Best Actress and Best Actor awards. With the popularity of Big White Duel <白色強人> last year, the duo’s pairing seems even more compatible.

Despite being labelled “Most Ideal Girlfriend” by the media, Natalie’s poor luck in romance since entering the industry has not changed. Last year, Natalie repeatedly refused to confirm dating rumors with educational consultant Samuel Chan (陳思銘) despite being spotted buying groceries for him. It seemed she knew Samuel was not likely to be her Mr. Right. He enjoys his freedom in meeting up with other women, while Natalie is ready to commit to marriage. After a year of dating, the pair cooled things off and Samuel told the press last December that he hasn’t seen Natalie in a long time.

Looking back, the 38-year-old actress may finally have realized that Kenneth had been treating her most genuinely and sincerely all along.

Their recent outings together, 10 months after Kenneth’s breakup, is an understandable development. With Kenneth climbing up the career ladder and becoming TVB’s “super hot property” post-breakup, it was said that Natalie has been more proactive towards him, hence the pair meeting up more frequently.

An unidentified source said, “Natalie is almost 40. She is keen to find someone dependable; men younger than her are still not be ready to settle down. At this time, Kenneth is exactly whom she wants–accomplished in both career and finances. Most importantly he is reliable, loyal and loving. It isn’t late to turn back; the timing is perfect now.”