The actress’ refusal to make the relationship public might be antagonizing her boyfriend.

Thirty-seven-year-old actress Natalie Tong (唐詩詠) has been hurt deeply by her past relationships. Perhaps due to her previous relationships breaking down after going public, Natalie has yet to confirm dating rumors with educational entrepreneur, Samuel Chan (陳思銘). In February, the two traveled to Europe, signifying a smooth relationship. But once returning to Hong Kong, they saw each other less.

Went to Europe Together 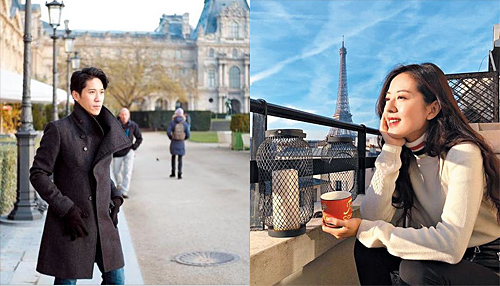 Dating for a year, it is understood that Natalie and Samuel have already met each others’ parents and family members. Last year, Natalie was also seen at a restaurant in Kwan Tung operated by Samuel’s sister.

According to an insider, “They went to France and Italy in January this year, but Natalie did not dare to put the photos up. Samuel only posted single shots of the trip. Two months later Natalie started uploading photos. Though the two are pretending to go at different timings, but anyone can tell! As he is in the business of opening education centers, and needs to close deals, publicity is beneficial and dating Natalie has helped a lot. But Natalie has not publicly acknowledged the (relationship); she wants both of them to have marriage as a common goal before taking it public.”

Samuel Spotted with Another Woman 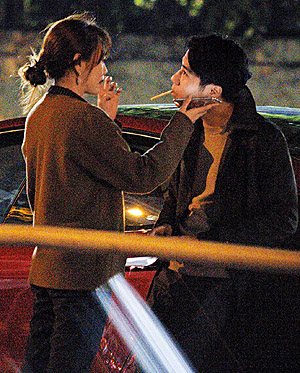 With Natalie unwilling to go public with the relationship, Samuel has the chance to continue pretending he is single. With his business achievements and ideal qualities, he is a good catch.

With Natalie busy filming TVB drama Chinatown <唐人街>recently, Samuel is spotted driving his Tesla from his Tuen Men residence to South Horizons East, where he picked up an attractive woman with full lips who resembles Eliza Sam (岑麗香). They headed to his education center at Causeway Bay, and Samuel dropped her off later at her residence. The woman was spotted smoking along with Samuel and holding his mobile phone for him to speak, even though Samuel’s hands were free.

With him making a big detour to fetch her from her home and send her back, and the two’s intimate gestures, it is likely that the two are not simply friends.

Thirty-two-year-old Samuel Chan is the founder and operating manager of a higher education consultation center in Hong Kong. Since nine years old, he went to study in England and scored eight distinctions in the GCSE examinations at a local secondary school, graduating later from the University of Warwick and the University of Nottingham. He is also the author of a book on pursuing higher education in England. Now that his education consultation business is well on track, his annual income is rumored to be over $10 million HKD, along with his $300 million family fortune, he is one of the most eligible bachelors in town.

The businessman has once revealed that he shares a long friendship with Wong Cho Lam (王祖藍), and was also spotted at the latter’s daughter’s recent 100-day-old bash held at Hong Kong Disneyland. Popular with his company’s female employees, Samuel exudes a down-to-earth aura and is fond of telling jokes. Dating a girl from a wealthy family background while studying at university in England, the two founded a business together after they returned to Hong Kong, but broke up over two years ago.

When approached at the television station, Natalie refused to comment about Samuel’s photos with the mysterious woman.