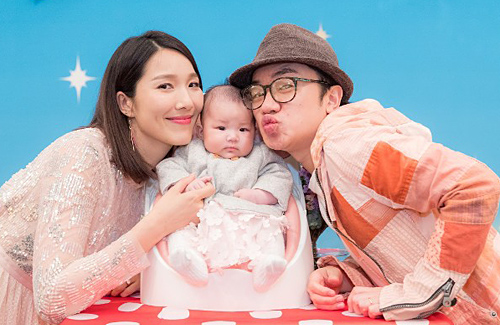 Celebrating their daughter’s 100th day of birth, Wong Cho Lam (王祖藍) and Leanne Li (李亞男) hosted a beautiful banquet at Disneyland. The couple had also gotten married at Hong Kong Disneyland in 2015, so they likely chose the same venue to commemorate another milestone in their life together.

At the baby celebration, Leanne and Cho Lam announced that their daughter Gabrielle’s Chinese name. Cho Lam explained, “When I was still filming movie, I Love You, You’re Perfect, Now Change <你咪理，我愛你>,  my daughter would start kicking Leanne whenever the movie soundtrack came on. I thought that this music was a gift from above, so I named her Wong Tian Wan (王天韻).”

Cho Lam was grinning from ear to ear when talking about how thrilled he is with the newest addition to the family. At first, Cho Lam revealed that his daughter looked more like a lump and didn’t look like either of them, but finally she began resembling him and Leanne as the days went by. While gushing over his daughter, Cho Lam also didn’t forget to appreciate and thank his wife. He expressed, “I really want to thank you! The Wong family changed because of you! The doctor even told us that in comparison to other children of the same age, our daughter is considered tall!” 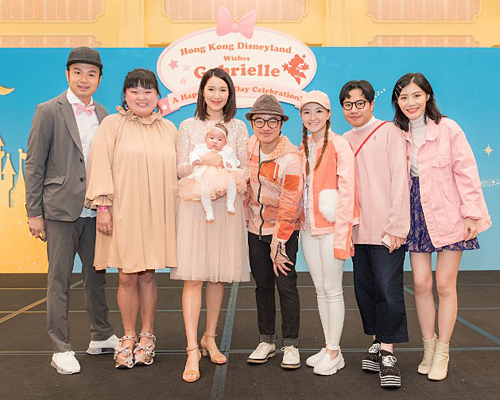