Netflix’s South Korean series Juvenile Justice takes a focus on the juvenile judicial system through the lenses of judges with opposing viewpoints.  While the drama features a strong cast that includes Kim Hye Soo and Kim Moo Yul, Lee Sung Min and Lee Jung Eun, the audiences are taking notice of 27-years-old actress Lee Yeon who gives a surprising performance of a young boy delinquent.

The legal drama follows Sim Eun Seok (Kim Hye Soo) , a newly appointed juvenile judge who has a strong dislike for young offenders. While Sim Eun Seok believes that young offenders should be severely punished for their crimes, her colleague and associate judge Cha Tae Joo (Kim Moo Yul) believes that young offenders who have repented should be given a second chance. In the court, the two conflicting viewpoints force the court to find the balance between tribulation and redemption.

In one of the cases, Bai Seung Woo (Lee Yeon) stands trial for murder but he appears to show no remorse. Claiming that he is suffering from schizophrenia, Bai Seung Woo arrogantly tells the court, “I am not yet 14 years old so I will not be arrested and imprisoned.”

While Bai Seung Woo’s cold attitude sends chills in the drama, many audiences are aghast that the role is played by 27-years-old actress Lee Yeon. Many audiences are in disbelief that Lee Yeon was able to convincingly play a boy that is half her age and discover that the actress has appeared in many other dramas. The actress’ most recent work includes Netflix hit series D.P where she played Jung Hae In’s sister.

As the Juvenile Justice progresses, many up-and-coming actors will be introduced and will be showing off their talents. The production team hopes that the talented cast will keep the audience engaged and shift the focus away from arguing what is the just punishment given to young offenders. Instead, the production team hopes that the drama will bring attention to the different societal issues and the real reason why delinquent teenagers are making mistakes. 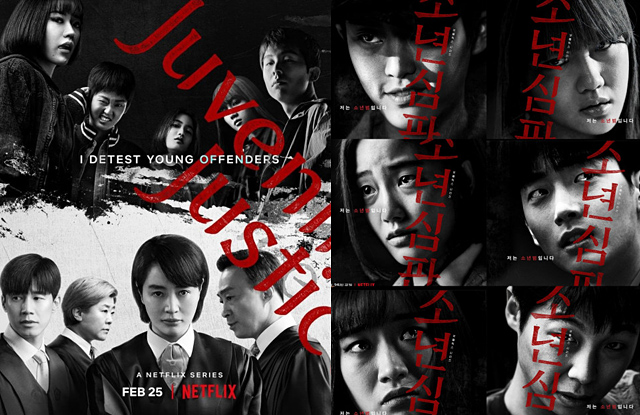 In the legal series, many juvenile delinquency issues are highlighted.