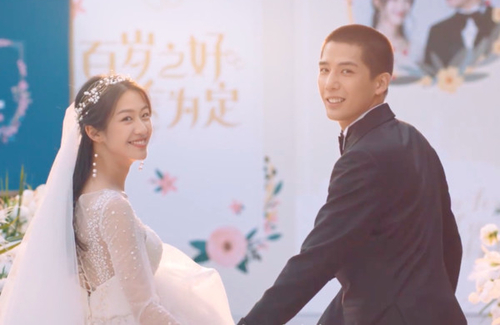 Mainland novel-based drama Forever Love <百歲之好，一言為定> has viewers swooning over the young on-screen couple Wang Anyu (王安宇) and Xiang Hanzhi (向涵之). Despite being rookies, viewers highly praised their fresh performances and chemistry in the youth romance series, and Forever Love‘s Douban rating of 7.7 points shows how invested the audience is. 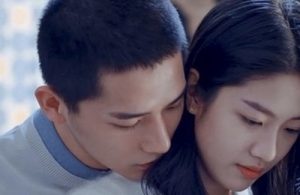 Forever Love tells a sweet love story between two high school classmates, Xia Linxi (played by Hanzhi) and Jiang Zhenghan (played by Anyu). Known for her intelligence, Linxi aces her way through senior year with ease, while Zhenghan busies himself with earning money. Although their first meeting was not a pleasant one, they eventually find themselves falling for each other after many encounters. Their love continues to deepen after going to the same university, and further when they start a business together with their friends. Supporting each other since high school, their relationship reflects a great sense of purity and sincerity.

While the drama ended its run last December, some of the characters’ dialogues have struck a chord with viewers and are still highly discussed online. Some romantic lines include, “What kind of fortune did I bump into, for me to have met you”, “Her flaws are as much as stars, but her biggest strength is that she resembles the sun. When the sun comes out, all the stars are gone”, “I owe you so much that I don’t remember, so I’ll just repay by giving myself to you”, and “From the day I met you at 18 to the far future when we are 80, I am ready.”

As a rookie actor, Anyu is showing significant potential after starring in many notable dramas, including Dreaming Back to the Qing Dynasty <梦回>, Twenty Your Life On <二十不惑>, and the upcoming Dt.Appledog’s Time <亲爱的，挚爱的>. Gaining considerable recognition, he is a potential rising star to look out for.