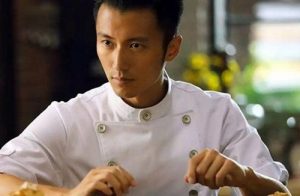 The actor-singer turned celebrity chef Nicholas Tse (谢霆锋) is not only savvy on-screen and in the kitchen but also behind the books. Checking off “entrepreneur” on his to-do list, the business-minded Nicholas has great investments across the food and beverage, film, and real estate industries. With significant assets on hand, Nicholas already made plans to leave his sons Lucas Tse (謝振軒) and Quintus Tse (谢振南) money.

Although the 39-year-old Nicholas did not personally address online reports of his poor relationship with his children, which blew up last October when his eldest son 12-year-old Lucas reportedly described him as an absent father, Nicholas’ actions spoke louder than words. According to Taiwanese reports, Nicholas established a fund of 946 million RMB, and the beneficiaries are Lucas and Quintus. 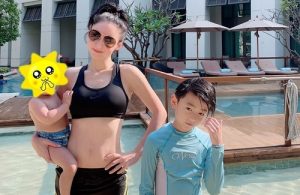 Even though the boys’ mother, Cecilia Cheung (張柏芝), spends more time with them than Nicholas does, it does not mean he loves them any less. In recent years, Nicholas has been drowning in work following his founded success in the F&B world. After dabbling and thriving in various reality and cooking shows as “Chef Nic,” he established his food brand Chef Nic’s Cookies.

As if he didn’t have enough on his plate, the business-minded star also dipped his toes in the film and real estate industries. But one of his greater achievements is probably the post-production computer graphics company, Post Production Office Limited that he founded in 2003, which reached a value of output of 5.68 billion RMB during its prime. It was later acquired at a high price by a listed company. Nicholas’ successful investments across all three industries have demonstrated that he is a wise businessman.