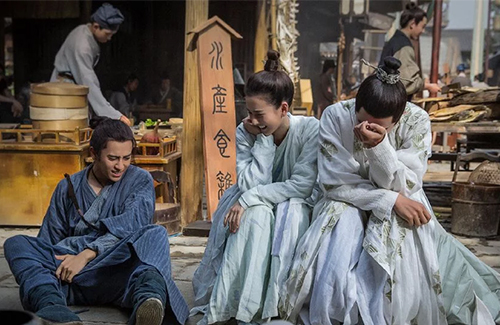 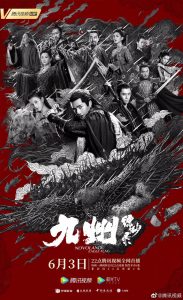 Historical fantasy drama Novoland: Eagle Flag <九州·缥缈录>, one of the many spin-off series that is set in the fictional world of Novoland, premiered on June 3rd to high anticipation after going through a year of post-production. Starring rookie actors Turbo Liu (刘昊然), Lareina Song (宋祖儿), and Chen Ruoxuan (陈若轩), Eagle Flag follows a trio of young warriors who is caught in the midst of a conspiracy that is plaguing their world.

At only 12 years old, the weak and sickly Lu Guichen (Turbo Liu), heir to the nomadic Qingying Tribe, is sent to the  Eastern Land as a hostage. There, he befriends Ji Ye (Chen Ruoxuan), the unfavored illegitimate child of the Eastern Land.  Sharing similar experiences of being rejected by their home, Winged Tribe princess Yu Ran (Lareina Song) also befriends the boys.

Meanwhile, the warlord Ying Wuyi (Zhang Fengyi 张丰毅) of the Li Kingdom manipulates the emperor to do things in his favor. Guichen, Ji Ye, and Yu Ran get warped into a decisive battle to defeat the warlord, not realizing that an even darker conspiracy is about to unfold.