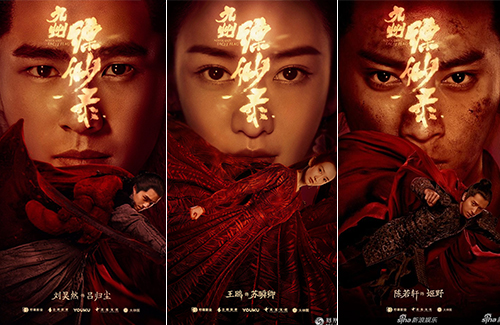 The year’s most highly anticipated drama is awaiting its premiere.

Starring Nirvana in Fire II <琅琊榜之风起长林> star Liu Haoran (刘昊然), the TV series Novoland: Eagle Flag <九州缥缈录> is an adaptation of the novel of the same name, which is set in the expansive Novoland universe. The story centers on the story of three protagonists who band together to stop a powerful warlord who felt he was destined to rule over the lands. Liu Haoran plays Lu Guichen, the sickly heir of a rivaling tribe who gets sent to the Eastern Land as hostage.