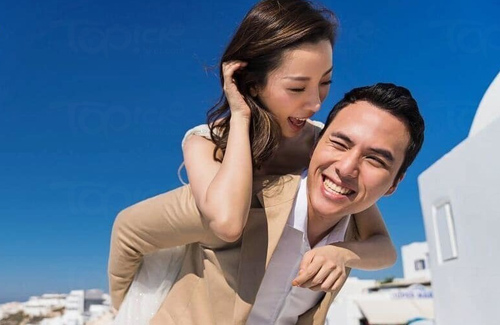 The rich heir was spotted on a date with an unknown female a day after Stanley Ho’s funeral.

Orlando Ho (何猷啟), son of the late casino billionaire Stanley Ho (何鴻燊) and his third wife Ina Chan (陳婉珍), has always kept up a public image of a good husband and father. Questions of his infidelity were raised when he was spotted with another woman earlier. Despite the perceived happy marriage he had, Orlando issued a statement claiming that his marriage had already ended months ago.

Getting married in 2018, Orlando and his wife Gigi Tsai (齊嬌) have two daughters Tittania and Tylia together. Often sharing updates of their loving moments on Instagram, the two appeared to enjoy themselves in many daily activities and would go on travels together. There was no indication that they had anything except a happy family together.

Spotted on a Date with Young Female Partner

On July 8 to 10, Stanley Ho’s high-profile funeral proceedings were held at the Hong Kong Funeral Home, and Orlando and Gigi appeared together much of the time during the final send-off.

However, on the very next day, Orlando was photographed on the streets with a long-haired female in her twenties, who was described as having a fair complexion and long legs, with beauty comparable to Gigi. Orlando and his female companion appeared to exercise much caution initially with one walking after the other, but not long later, he started to hold her hand, and the two walked around the shopping mall.

On July 24, Orlando was again spotted on a date with the same woman, shopping at a supermarket situated at her apartment building, and the two returned to her place after that. He also appeared to punch the access code to the building routinely, raising suspicion that he was not an infrequent visitor.

Only two years into his marriage, Orlando’s actions initially raised eyebrows. As gossip swirled, the rich heir stepped forward to clarify that his marriage has already ended and his actions did not qualify as cheating. Orlando said, “Because of [my father’s death], it was not an opportune time to announce [my divorce] with Gigi–I’m sorry. Gigi and I have already filed divorce papers several months ago. Although we’ve separated, we still retain a close family relationship and will continue to love and take care of our children together. I hope everyone can give us some space and not intrude on our privacy, especially our children. I hope everyone understands. Thanks!”

2 comments to Orlando Ho and His Wife Announce Divorce