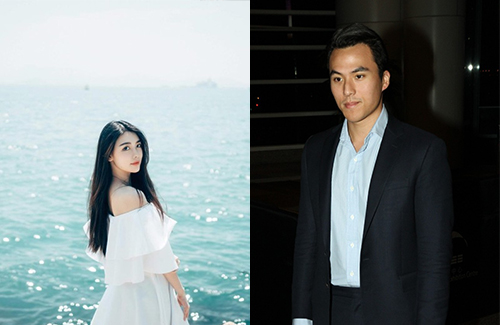 Today, the late Stanley Ho’s (何鴻燊) third son Orlando Ho (何猷啟)—also Laurinda Ho’s (何超蓮) twin brother—was revealed to be dating Alice Chung (鍾雅婷), a 21-year-old Hong Kong native living in the Ya Tung Estate of Tung Chung. Amidst rumors claiming that Alice was his mistress, Orlando took one step ahead to confirm that he and Qi Jiao (齊嬌), his wife of almost two years, had already divorced several months ago.

As a precaution, Alice deleted her social media and changed her phone number soon after their relationship was exposed. But the more she tried to shield her private life from the public, the more the paparazzi was digging out.

According to reports, the 21-year-old came from humble beginnings. She grew up in the Ta Yung Estate of Tung Chung, and attended a Catholic middle and secondary school. Born as Chung Sze Kai (鍾思佳), Alice did not like how her name sounded. She convinced her parents to find a Xuanxue master to rename her. She has been using the name Chung Yah Ting (鍾雅婷) since her third year of secondary school.

A source claimed that Alice had always been very popular throughout her life, due to her good looks and extravagant spending. Unlike many of her peers, Alice developed a love for luxury items at a young age, and enjoys hanging out with friends at high-end restaurants. It is said that Alice has a very consistent dating type, which is men who have fit bodies. In 2017, she left Hong Kong to study in London.

Soon after her relationship with Orlando came to light, there were reports claiming that her bed photo with an ex-boyfriend was leaked, but nothing more came about.