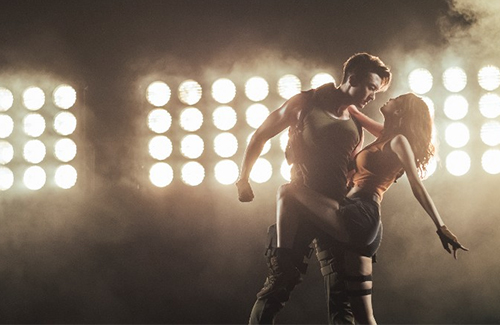 Vincent Wong (王浩信) and Eliza Sam (岑麗香) recently teamed up for a duo guest appearance on Wong Cho-lam’s (王祖藍) directorial debut I Love You, You’re Perfect, Now Change! <你咪理，我愛你！>, 2019’s Lunar New Year musical comedy. In the scene, both Vincent and Eliza dressed in sexy adventurer’s gear to do a dance pose, showing off their slim figures and fit bodies.

It was, of course, a dream sequence. 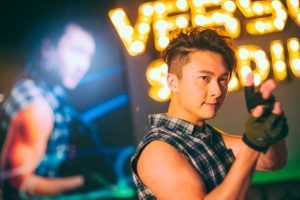 According to the crew members, they did not know that Eliza was pregnant as they did the scene. Upon finding out, they praised Eliza’s dedication and support for Wong Cho-lam.

Despite it being a dream sequence, Wong Cho-lam wanted the scene to look serious. Although it was only a simple posing scene, it took over one hour to complete. Known for being an easy-going director, Wong Cho-lam admitted that he was rather strict on both Vincent and Eliza.

“The both of them are so charismatic,” explained Wong Cho-lam. “I didn’t want such cool people to go to waste with a nonsense scene, so I spent a lot of time crafting their scene. I heard many praises from other people after their scene was edited. It was memorable and shot well. I feel like I could breathe more freely. I did not let them down.” 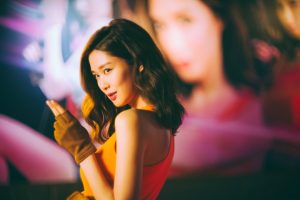 Eliza said some sacrifices had to be made. “To make the scene look sexy, we had to pose wet. Both Vincent and I were sprayed with colored milk. Even though I immediately showered after getting home, I still smelled the milk. It turns out my clothes and bags were all soaked with it. I basically spent my entire night in the shower.”

I Love You, You’re Perfect, Now Change! features an ensemble of over 50 Hong Kong actors, and is adapted from the musical of the same name. It was released on January 31, 2019. 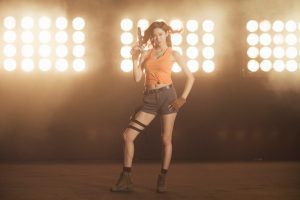