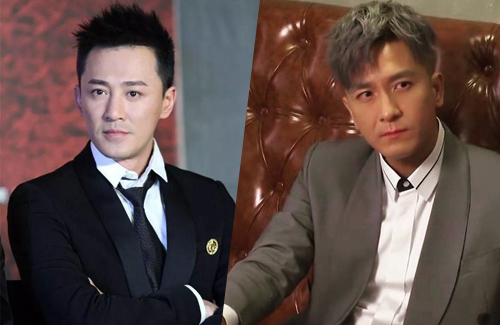 TVB drama Line Walker <使徒行者> has spawned a very successful franchise including a movie and now a trilogy of dramas. Since the filming of the third installment was announced, fans have been eagerly awaiting more details of the drama to be revealed.

One of the most exciting factors is Raymond Lam’s (林峯) return to television screens. The first installment of Line Walker was also Raymond’s last drama with TVB. Since then, he has shifted his focus to movies and his music career.

In Line Walker 3, Raymond will continue as an undercover police officer infiltrating the triad. But his cover will be at a a foot massage parlor this time. His relationship with Charmaine Sheh (佘詩曼) was a big part of the first installment but due to scheduling conflicts, Charmaine was unable to take part in the new drama although she would love to collaborate with Raymond again.

Newcomer Serene Lim (林宣妤) will play a significant role in the new drama. Serene will also be an employee of the foot massage parlor. In the recent costume fitting, she was seen with black, straight hair and a pure appearance. Most likely, she will be playing a character that suits her sweet looks.

Kenneth Ma (馬國明) will be a new character avenging the death of his brother Moses Chan (陳豪) who died in the hands of Benz Hui (許紹雄) in the last installment. Kenneth describes his character as evil but with reason. “I’ve never declined evil roles; I feel that they allow a lot of room for creative freedom and it is definitely a challenge for any actor.” Kenneth has dyed his hair silver gray for the role and fans felt that he is even more handsome than his role in Big White Duel <白色強人>. However, it is a lot of work to maintain the hair color as touch-ups have to be done every day before filming.

As for Benz Hui, the sequel to Line Walker ended with his character escaping to Thailand after murdering Moses. In the third drama, more of Benz’ mysterious past will be uncovered and the final duel between Kenneth and Benz will be the highlight of the drama. Benz shared that his character cannot be considered as evil, but he has a very complicated personality that will slowly be unveiled to the audience. He hopes that viewers will like the drama as they have put in a lot of hard work filming during the hot summer months.

Pakho Chau’s (周柏豪) character was very well received in the second installment of the series, and he was confirmed to be returning for the third. However, Pakho has received a lot of backlash from Mainland China after the political messages he posted on Instragram urging Hong Kongers to vote. He has since deleted all of his posts, but his career is still affected and his screen time in Line Walker 3 was reduced significantly. Filming started in August, and Pakho has already finished filming for all of his scenes. It is also rumored that his relationship scenes with Priscilla Wong (黃翠如) have been cut as well.

5 comments to Preview of “Line Walker 3”