Having a successful acting career in China, Rain Li (李彩華) has extended her wealth into business ventures such as starting her own skincare and lingerie lines. Rewarding herself for her hard work, Rain is known for being a shopaholic and possesses an impressive designer wardrobe.

The 37-year-old actress saw the perfect opportunity to show off her designer collection while filming for Hong Kong drama, Modern Dynasty <家族榮耀>. Every time she films a scene, it was like a fashion show and her costars were shocked by how many of Rain’s luxurious items were valued at over a million Hong Kong dollars.Talking enthusiastically about her prized possessions, Rain said, “[I have] many of the most famous designers, such as the ones that start with C, H, or L.” 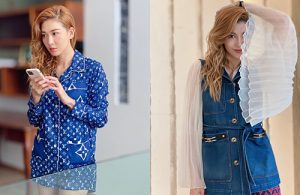 Her character in Modern Dynasty dresses to impress, as Rain revealed, “My character is someone that competed in a beauty pageant, and then married into a rich family. So she is dressed in full luxury every day, but everyone knows that this is due to the drama’s story line.”

In real life, Rain values her freedom and likes to do things her way. It is hard for her to accept a lifestyle where she is expected to follow rules. Some of Rain’s close friends married into rich families and they were asked to watch their behavior, ensuring that they always appear refined and elegant. Even their daily outfits must be carefully planned.

“I am very direct, I won’t be able to stand a life where I’m not allowed to do this or that. Asking me to stay home waiting for someone to take care of me is also impossible.” The actress confesses that she values her career over leading a wealthy lifestyle, “Filming is exciting–I can try different things in life.”

Portraying Him Law‘s (羅子溢) wife and Tavia Yeung‘s (楊茜堯) sister-in-law in Modern Family, Rain constantly makes mistakes since she has not filmed for a Hong Kong drama in a long time, and would start speaking to her costars in Mandarin.

With the upcoming Lunar New Year holiday, Rain would have some time off from work but she does not have any special plans. In the past, she would always go on vacation to recharge and loves to ski in Japan. Due to the pandemic, she would likely stay in Hong Kong this year, and hopes to have more time to see friends. “Many of us are also stuck in Hong Kong, so we definitely won’t be bored!” 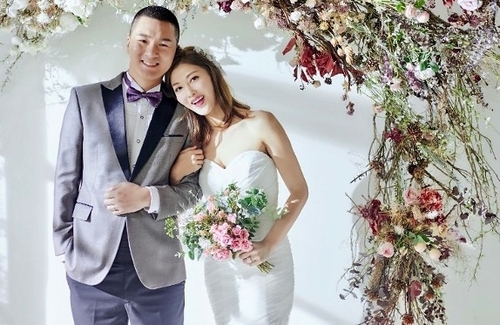