A married couple in upcoming Hong Kong web drama Modern Dynasty <家族榮耀>, Him Law (羅子溢) and Rain Li (李彩華) could not be more different in their romantic views in real life. Him is content to  give in to his wife each time, whereas Rain is certain she wants to hold the reins!

Him Happy to Accede to Tavia’s Requests

With the common perception is that Tavia Yeung (楊茜堯) is the stronger, more successful partner in their marriage, Him has never been angered by this sentiment. “It takes time to change people’s perceptions. Rather than being unhappy, I chose to work on my career, and have seen some progress in recent years. I would be upset if I stayed stagnant!”

While many perceive Him as being afraid of Tavia, he begs to differ and explains why he would always be the one to give in. “What age are we living in? Many women wear multiple hats. I’m not afraid of my wife, nor her personality, but afraid of her being unhappy, or bored without someone to accompany her. As long as it doesn’t affect daily life, I try to say yes— family harmony definitely augurs prosperity.”

Avoids Quarrelling in Front of Their Daughter 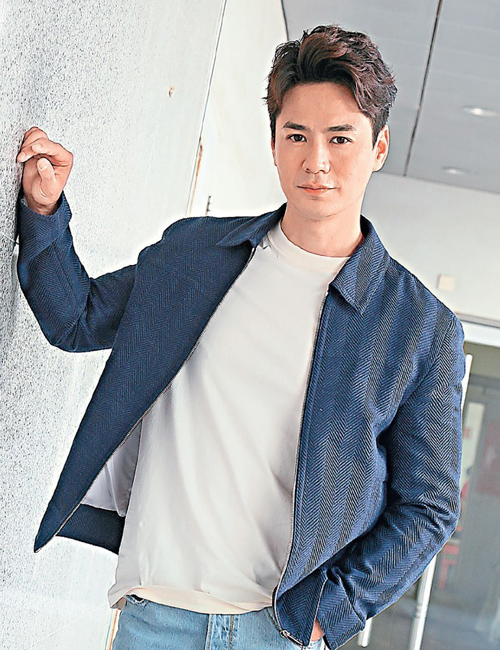 With friction between married couples being inevitable, Him and Tavia have an unspoken clause – he would always be the one to ease the tension by holding out the olive branch.

His anxious personality means Him would always want to solve any conflict at the earliest hour, but he came to learn that this might sometimes worsen matters, with Tavia having shown that giving both parties the space of one or two days might ironically work better to resolve things.

Growing up in a single-parent family, Him and his sister would hide in their rooms whenever their parents have quarrels. Now, Him shared that he, his wife, and mother-in-law would try not to express any negativity in front of their daughter, as he simply “doesn’t want her to have the same childhood” as he did.

Known for pampering Tavia, Him is eager to please Tavia. For example, when they purchased their home in 2017, Him made sure to line up in the lengthy queues instead of letting her do the hard work. As Tavia likes his muscular look, Him also maintains his fit physique to give his wife a “sense of security.”

Rain Li Does Not Want to Remarry

Divorcing businessman Eric Huang (黃彥書) after their marriage only lasted 1 year and 7 months, Rain has no regrets. On what caused the marriage to fail, she noted their cultural backgrounds and values were too far apart, while the  scarcity of time together due to work was another issue. “Communication cannot be just through the phone. He may have thought too much before replying instead of giving a direct response,” said the 37-year-old actress.

While Rain had always been the subservient one in her relationships before turning 30, she became the one to lead thereafter. “In my last marriage, he forbade me from doing intimate scenes, but I called the shots in everything else.”

No One Has Met Her Romantic Expectations…Yet

Having worked in China for many years, Rain has developed a hardy, fearless personality and wants to have control over her own destiny. Being financially independent, the actress happily acquired multiple properties.

She does not rule out dating someone in the future, but Rain does not want to remarry. She knows she is a strong-headed woman. “If career and love cannot co-exist, I would pick my career anytime so I can be financially independent and buy whatever I like.”

While she does not expect any household allowance from her partner, she does have specific demands, such as carrying her shopping bags during sprees, and giving her flowers on every special occasion.

Rain confesses she is hard to be swooned by romantic gestures. “My previous dates were utterly unromantic, because the most romantic things always happen onscreen. I know even more ‘surprises’ than [my suitors], so no one managed to meet my expectations!”