Raymond Lam (林峯) and Carina Zhang (張馨月) often flash their sweet relationship on Viva La Romance 5 <妻子的浪漫旅行5>. Although the couple registered their marriage in 2019, they never held a wedding banquet. On the show, Carina surprised Raymond by wearing a wedding dress, which moved him to tears. Raymond promised that he would hold a wedding celebration within two years.

Regrets Not Giving Wife a Wedding

Singing Fish Leong’s (梁靜茹) “Courage” <勇氣>, Carina slowly pulled Raymond onto the stage, and they exchanged long glances at each other. After her performance, Carina admitted that he was the one who usually surprises her, so she wanted to take the initiative this time. “I want to be your beautiful bride. I love you! Will you be my handsome groom today?”

After kissing his wife, Raymond felt speechless. “I could see her wearing a wedding dress from afar. I couldn’t control my emotions, because I wasn’t able to give her a proper wedding. I hope that within two years, I will be able to fulfill her dreams of a unique and memorable wedding.” 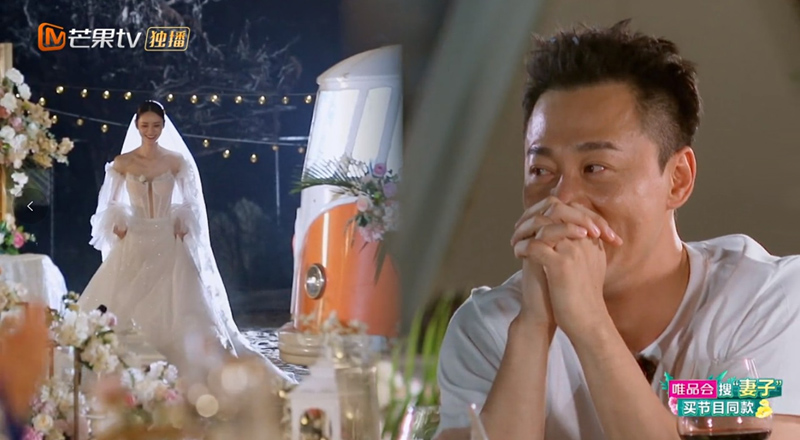 Under actress Liu Tao’s (劉濤) wishes, Raymond wrote to Carina, “I hope I can love you every day in our life. I want to listen more and be with you.”

As Carina is a very accommodating person, Raymond felt more relaxed after getting married. “I can put away all the stress when I come home. I can feel her love and care every single minute and second of the day.”

After the episode was released, Raymond’s promise to hold a wedding ceremony within two years became one of the top searches. While some thought his promise was so sweet, others found it shocking that the couple has been legally married for two years but there still has not been a celebration. It also seemed that Raymond was experiencing a lot of pressure from Carina to hold a wedding. 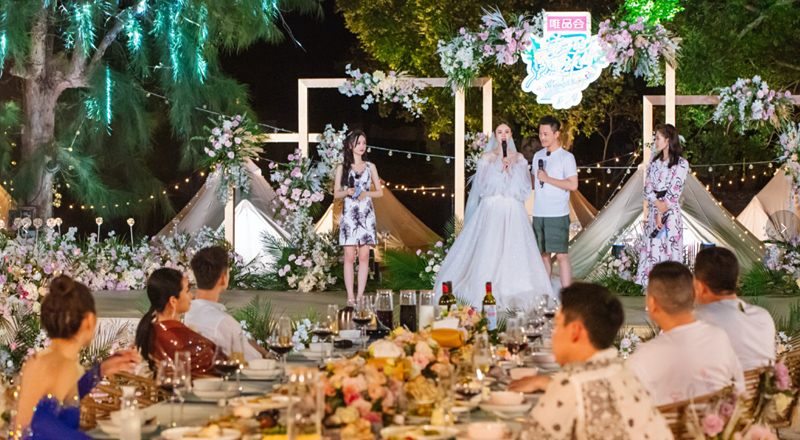 Another highlight from the episode occurred when the wives stepped away from the men to have a girls’ talk. Discussing the tensions between couples, Carina and Liu Tao shared how difficult they thought it was to be a wife. Sometimes they would say something to their husbands for their best interest, but the men would choose not to listen.

Citing an example, Carina said she grew exasperated with Raymond’s gaming habit. “He was very obsessed with gaming at one point. He would game when we were eating dinner, in the car, or before sleeping. He even gamed when he was in the bathroom. I thought it was not good for his health. I asked if he had to play games all the time, and he said that he does it to relax.”

Raymond Lam and Carina Zhang Reveal How They Met