After being diagnosed with Behcet’s disease in 2014, Raymond Wong (黃浩然) was forced to finally take a much needed break from work. Finding success later in his career, Raymond is especially grateful and remains a hardworking actor. The workaholic often neglected his family as a result.

He reflected, “Three years after the birth of my first son, I barely even knew him. I didn’t even know how to hold him. I had a hard time picking up the home lifestyle after returning from a long trip for work. It was quite sad. People always said that one should take three days off to spend time with family. Actually, that doesn’t work. When you have been away from home for a year, you may need to use one month’s time to readjust your mood and mindset to home life.”

His illness may have been a blessing in disguise, as his newfound appreciation for life allowed him to reassess his priorities. While his career is still an important part of his life, Raymond now places family as his top priority.

Raymond met his wife, Kaka Mok (莫家嘉), while filming Love Undercover <新紮師妹> in 2002. He said, “She was the wardrobe designer. Naturally, we ran into each other often while at work. At the time, I wasn’t dating anyone. We slowly got together during filming of the movie. There was nothing particularly special about it. We would talk and after work, I would ask her out for dinner. It was all very natural and nothing dramatic happened. After four or five months of knowing one another, we started dating.”

Married for nearly 13 years, the couple has had their ups and downs. However, Raymond tries to remain calm and not do things to hurt Kaka. “I am not an explosive person. A lot of times, our words and verbal expressions can hurt the other person. It could be harsh words, or it could be the silent treatment. I believe that there are some things that men should absolutely not do though, such as hitting a woman or using foul language.”

Now, the family of four often spends quality time together and share blissful photos on social media. In addition to maintaining their marriage, the couple also spends much of their focus on raising their two sons. Raymond said, “Hong Kong’s education style is very exhausting. We want our children to be happy. It is difficult being parents. My wife and I are continuously learning.” 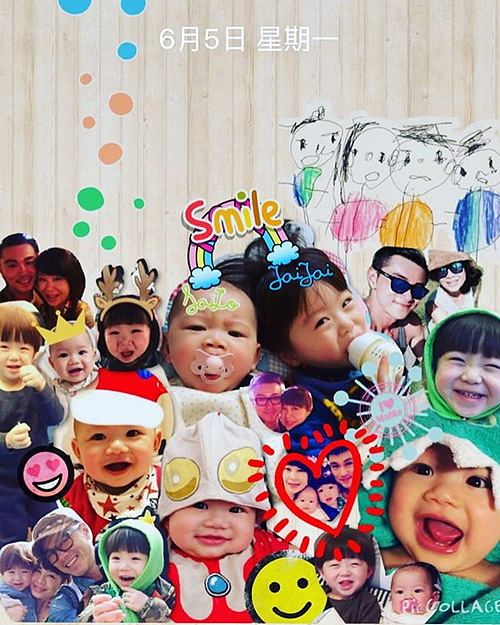