Ron Ng Wants to Be a Landlord 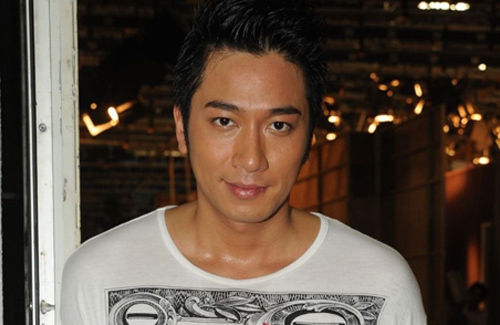 Amidst a busy work schedule, Ron Ng (吳卓羲) took the time to attend a TVB charity event yesterday with Alan Tam (譚詠麟), Fiona Sit (薛凱琪), and Kary Ng (吳雨霏). Hours prior to the event, Ron was still at a stage performance in Zhaoqing, China. Asked if he has been earning a lot of through his stage performances in China, he said, “It’s not very often to get job opportunities like these, and I really want to do more of them if I can. I’ve earned enough to eat and pay my mortgage.”

Burned badly last year during his widely publicized breakup with mainland actress, Viann Zhang (張馨予), Ron vowed that he will put aside his dating life in favor of his career and reaching his financial dreams.

The actor expressed his wishes on purchasing his own home as well as a commercial department, adding that he wants to create his own production studio and have space to put his limited edition models. He also added that he is currently saving his money for various investments, and revealed his plans on purchasing two residential units and commercial estates to lease them off. Once spending millions on luxury cars, Ron admitted that he has grown and will take care of his future.

After the charity event, Ron quickly headed off to the set of TVB drama The Good and the Bad <忠奸人>, which also stars Roger Kwok (郭晉安) and Kristal Tin (田蕊妮).

10 comments to Ron Ng Wants to Be a Landlord