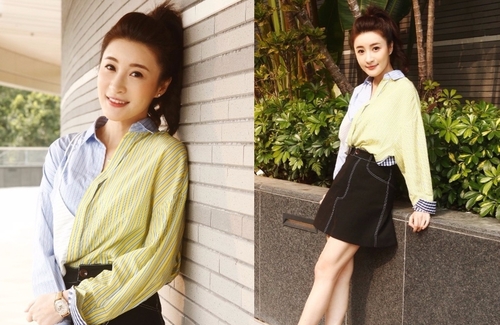 Rosina Lam (林夏薇) is not only an actress but also a businesswoman who has experienced some success with her 13 hotpot and dim sum restaurants. However, just as she decided on more expansion, COVID-19 put an abrupt halt on the plan. Like many owners of impacted businesses, Rosina also found herself struggling to keep her business altogether when the operation costs for each store is more than 100,000 HKD per month. Based on estimations, this means she would lose more than one million HKD during this period. Despite the circumstances, Rosina is determined to overcome this difficult time alongside her employees. 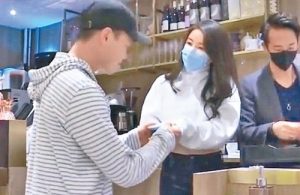 Although Rosina comes from a wealthy background and has a rich husband who can provide business tips and financial support, the actress said doing business can still be quite stressful. She expressed, “New restrictions will have an impact on business, but there’s nothing I can do about it. We just have to preserve and overcome these hard times. My family has taught me that you need to have the perseverance to do business. Honestly, it’s not that bad yet because the entire global economy is suffering!”

She revealed that some of her restaurants are doing worse than others depending on the location. Rosina shared, “We only have local customers at the restaurant at The Summit because there are no tourists at the moment. It’s doing quite well even though we’re making 30 percent less profit. The one at North Point has no more night business, so there is a 50 percent loss, but it should still be manageable. I’m persistent, so sometimes I would go and help out at the store. With positivity, I hope that this pandemic will be over soon.”

Not Ready for a Baby Anymore

Since leaving TVB, Rosina has been focusing on her business and improving her overall health. Married for five years, she has always wanted a baby and previously even took an acting hiatus to recuperate her body. But her baby-making plans are put on pause for now, as Rosina shared, “After discussing with my husband, we decided that we won’t have one now. I originally really wanted a baby, but I think now is not the right time. I don’t want it to become a pressure. Besides, I don’t like making a plan anyway, and I’ve been really busy lately with both acting and business.”