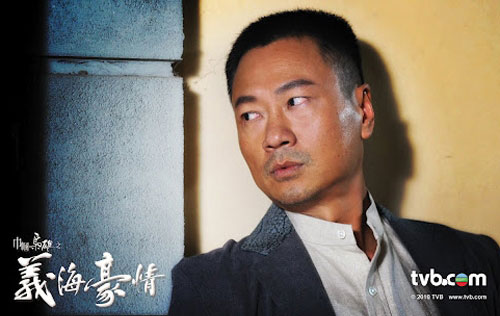 It is official. Rosy Business <巾幗梟雄> will now become a trilogy!

While being interviewed for the StarHub TVB Awards in Singapore, two-time TV King, Wayne Lai (黎耀祥), revealed that he will begin filming for the third installment of the highly successful Rosy Business franchise in March 2013.

The 48-year-old Best Actor told the Singapore media, “I trust my company’s arrangements. I also trust Lee Tim Sing (李添勝). He said he wanted to make Rosy Business 3, and I just cannot say no to him!”

Wayne hopes that Rosy Business 3 will bring together the same cast and crew from the first two installments. However, Wayne’s Rosy Business partner and two-time Best Actress winner, Sheren Tang (鄧萃雯), has not agreed to film the drama yet. “Of course, I want to work with her again,” Wayne said. “But I don’t want to force her. I heard she still has some reservations. I cannot just call her and ask, ‘What is the problem?’”

“Rosy Business 3” May Be a Modern Drama

Wayne professed that he has not received the drama’s script yet, nor does he know what the drama will be about. He admitted, “All I know is that it will be different from the first two series.”

“I really do not like prequels! Why a prequel? Prequels, sequels, midquels… all these ‘quels.’ I really do not like them! Every creator has their own perfect ending for their stories. Actors are also responsible for performing those characters to the end. Sequels and prequels are really not necessary!”

Wayne Lai: “Acting is Part of My Life”

Wayne has filmed more than 80 TV episodes this year. Although he believes that an acting career in the Hong Kong television industry is hard work, he does not regret his career choice at all. Acting has become a part of his life, and he enjoys the creative process of working on a drama or film immensely.

“It’s not that I’m a workaholic, but acting has become a part of my life. Once I go home, my life gets boring.”

Although Wayne has been in the industry for nearly 30 years, he has not met many close friends in the circle. Wayne’s closest friend in the circle is the Hong Kong Film Awards Best Actor winner, Sean Lau (劉青雲). “We’ve been friends for more than 20 years. We love acting, and we are both ‘house husbands.’ We go back home once we’re done with work. Although we are very busy all the time, we would still find time to have dinner or get a drink together once a month.”