Since February, Roxanne Tong (湯洛雯) and Kenneth Ma (馬國明) have been having a long-distance relationship. Despite facing the longest separation in their one-year dating relationship, Roxanne has high trust in Kenneth and would not deliberately check on him. 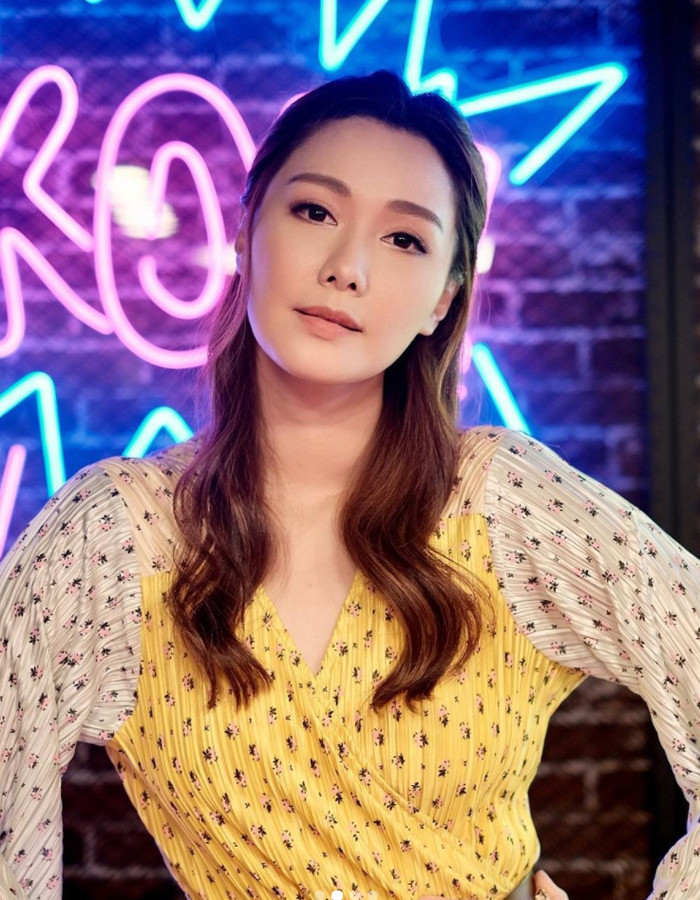 Kenneth had traveled to China to film Big White Duel 2 <白色強人 2> in February, and returned to Hong Kong in time to celebrate Roxanne Tong’s (湯洛雯) 34th birthday in May. He is currently in China once again to attend various events. In the past four months, the lovers spent little time together.

The actress said she does not feel troubled. Citing that her father, actor Tong Chun Chong (湯鎮宗), was often absent in her childhood because of work, she is used to long separations from loved ones. “In the past, I would ask my mother how she felt [when my father had to travel for work], but she said she had more freedom. I try to see it from this perspective now, but of course I still want to see [Kenneth].”

Asked if she is worried Kenneth may encounter flirtatious women while in China, Roxanne said that love requires 100 percent trust. “I won’t check on him. If it happens, it will happen. Why not trust him instead? If I really get hurt, then it would be a one-time heartbreak which I can overcome.”

With promise of high compensation, Kenneth embraced short-term work opportunities in China, even if it meant long periods of quarantine and having a long-distance relationship with Roxanne.

A French skincare brand spent over 10 million yuan to invite Kenneth, Daniel Chan (陳曉東), Rain Li (李彩華), and Sammy Sum (沈震軒) for a product launch. In addition, Kenneth also sang at a live event in Hengdian. Performing Ekin Cheng’s (鄭伊健) Friend’s For Life <友情歲月>, his singing has improved a lot since his acting debut nearly 20 years ago. Laughing that his singing used to be terrible, Kenneth humbly stated that his current skills are just passable.

Facing a hectic work schedule, Kenneth revealed, “I travelled around a bit. After I finished quarantine in Shenzhen, I travelled to Xiamen, and now I am in Hengdian. It’s better than having no work.”

Traveling back and forth between Hong Kong and China meant Kenneth would be quarantined for over a month. Asked if his compensation is very generous to make up for the lost time, Kenneth replied that he is just trying to make a living. Refuting claims of an eight-figure sum, he joked, “If it were this amount, I wouldn’t even return to Hong Kong!”

Asked if he was working hard to save money for marriage, Kenneth dodged the issue and said he was making money for his parents instead.