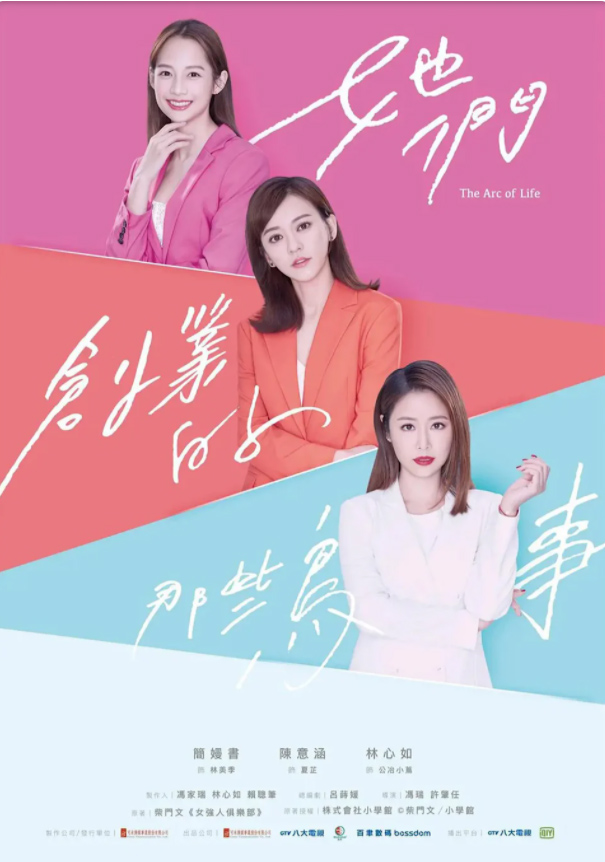 Based on a Japanese manga Woman’s Company by Fumi Saimon, The Arc of Life tells a story revolving around three working women Gong Ye Xiao Niao (Ruby Lin), Xia Zhi (Ivy Chen), and Lin Meiji (Jian Manshu) and their journey on starting a business together.

Xiao Niao is an executive assistant tired of her responsibilities. Xia Zhi is a hard-working interior designer whose value is overlooked by her supervisor, and Meiji is an active socializer. With completely different personalities, the three form an unlikely friendship with hopes to prove themselves that they are capable of being bosses on their own.

Despite the topic having been covered several times in other Asian dramas, The Arc of Life seeks to delve deeper in describing the personal issues and resilience of Taiwanese women. As the original Japanese manga was released in 1996, The Arc of Life screenwriter updates the script to reflect more modern attitudes and the various kinds of treatment of women inside and outside the workforce. It also empowers women by likening each person to being a screenwriter of your own life’s story–your current life is based on your every choice as an adult.

The Arc of Life follows the path of many successful Chinese female stories which have been gaining traction over the years, including Ode to Joy <歡樂頌>, I Will Find You A Better Home <安家>, and Nothing But Thirty <三十而已>. Though The Arc of Life may have been produced with less resources and star power than the former Chinese hits,  this should not be a reason to disregard the voice and value of this Taiwanese drama in its genre.