An intensely private and careful person, Ruco Chan’s (陳展鵬) communication style often led to a rift with the media. When he first entered the industry, artistes only talked about work and less personal matters with the press.  In recent years, his approach has completely changed to be more easy going due to his wife Phoebe Sin’s (單文柔) influence.

“When my wife initially wanted to post our family photos on social media, I asked why? Is it for the likes? Now, I understand that it’s just a form of sharing. The most important thing is that everyone is happy,” Ruco admitted.

With their 13-year gap, Ruco learned to see things with a fresh perspective. “Honestly, Phoebe’s generation is really smart. They know how to look at things from different angles, where my generation is only focused on not being afraid of being taken advantage of. Luckily, we communicate really well. Even if I don’t agree with the things she says, I know that she has my best interests at heart since she is the closest person to me.”

Realizing a healthy family requires both parents to be happy, Ruco believes in the importance of mutual trust. He encourages Phoebe to not lose her sense of self after becoming a mother, reminding her that she should have her own life and career. If she encounters any difficulties then she can always turn to him.

Not Bothered by Criticism

In currently airing drama I’ve Got the Power <超能使者>, Ruco looks visibly tired in many scenes which incited viewers’ complaints. Not bothered by the noise, he is glad to break out of typecast roles as his character is stingy and materialistic. He also put aside his dignity to create humorous scenes, and does not mind wearing a transparent top while trying to seduce a rich mid-aged lady.

He has learned to be more accommodating and and also face others’ judgement more neutrally. “A  senior advised me that we’ll always encounter criticism in this industry, so we can’t let it get to us. We need to let it go in order to move up.” 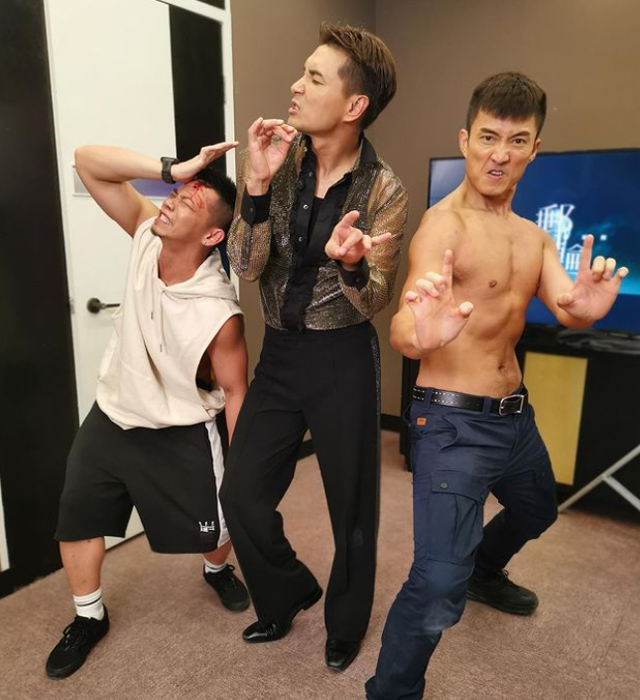