Forensic Heroes IV <法證先鋒IV> premiered this week, and it’s off to a strong start. The first episode raked in a rating of 33 points and 2.15 million viewers – the highest of any TVB premiere broadcast within the past eight years. Could it be that the series’ leading actress Selena Lee (李施嬅), whose popularity soared with the hit drama Barrack O’Karma <今宵大廈>, brought the drama good luck? 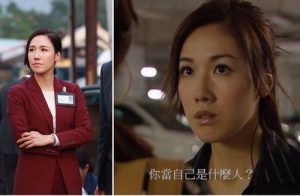 In Forensic Heroes IV, Selena portrays Dr. Man, a senior forensic pathologist. It’s certainly an upgrade from her previous role in Forensic Heroes II . Viewers may not remember, but Selena had a cameo role as a career-oriented personal assistant to a rich man in the second series. In one of the scenes, she quarrels with Leanne Li (李亞男), who slaps her across the face! She successfully captivated the audience with her performance. 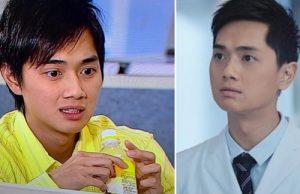 Also returning to the show 12 years later is Fred Cheng (鄭俊弘), who played Yoyo Mung’s 蒙嘉慧) little brother and a technician in the forensics department in the first two series. Now, he is the director of the Forensic Science division named Charm. 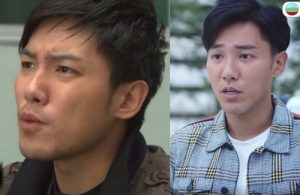 Likewise, Jonathan Cheung (張頴康) also returned to Forensic Heroes IV as an Internet celebrity, Michael Ma. He starred in Forensic Heroes II when he had just graduated from his TVB Artiste Training Course. At the time, he portrayed a production assistant, and in the third series, he guest-starred as a director who had an arguing scene with Ron Ng (吳卓羲).