Selena Lee (李施嬅) was nominated for Best Actress at this year’s TVB Anniversary Awards, but realizing that her chances of winning were slim, she decided to fly back to Toronto on the day of the ceremony. The 39-year-old actress is preparing to film for the new season of Asian Canadian crime drama Blood and Water, in which her assassin role impressed critics.

She filmed the entire process from her leaving Hong Kong to her arrival in Canada to share with her fans on social media. From her video, it can be seen that the Hong Kong airport is very empty and all stores are closed. After a succession of security checks, she boarded to an almost empty plane. There was a lot of space between seats and she arrived after a 15-hour flight.

After landing in Toronto, the first thing Selena did was buy a burger and a French Vanilla cappuccino from Tim Hortons, a very popular coffee chain in Canada. She then took a taxi to her hotel and immediately shared her surroundings with fans. Selena checked into a hotel to commence her mandated 14-day quarantine.

Her suite had everything needed including a kitchen, dining table, living room, toilet, couch, and a separate bedroom. Unfortunately shortly after her arrival, the provincial government declared a state of emergency, issuing a stay-at-home order.

Filming for Blood and Water may be postponed again, but Selena decided to make the best of the situation and enjoyed takeout from a local Japanese restaurant to enjoy a sumptuous meal. 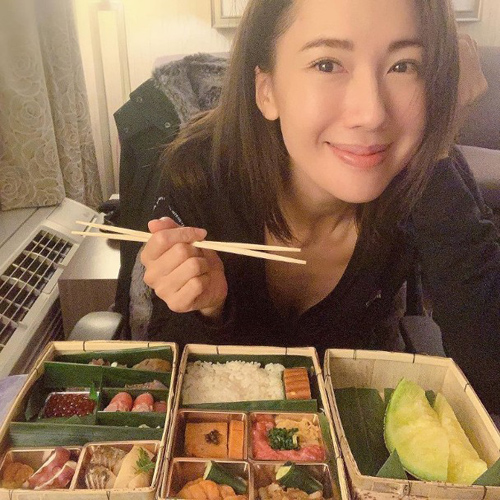 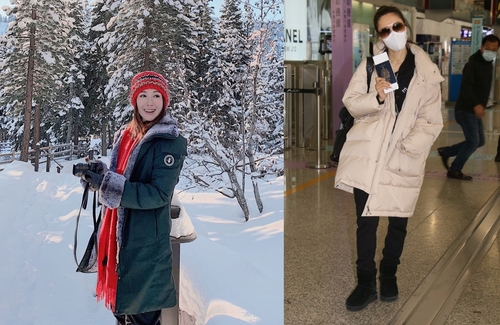 Selena is in Toronto filming for the Canadian series.