After 16 years of working at TVB, Selena Li (李施嬅) announced her departure yesterday and intention to expand her career internationally. Throughout her time with TVB, Selena has never received any awards at TVB. Yet, the Canadian-raised actress has received growing opportunities from the western market.

Selena entered Miss Hong Kong 2003 and though she was a favorite to place, she only won the Miss Photogenic and Miss Talent awards. After the pageant, she signed with TVB and became an actress. She began her acting career with a supporting role in The Last Breakthrough <天涯俠醫> and steadily increased her screen time. Memorable roles Selena had were in 2014’s Ghost Dragon of Cold Mountain <寒山潛龍> and 2018’s Succession War <天命>, in which many netizens commented that she was the most beautiful empress.

Selena also starred in American short film Once More in which she won Best Actress from the European Cinematography Awards and the Los Angeles Film Awards. As well, this year she acted alongside Geraldine James in the Canadian drama Blood and Water, in which she was nominated for the 2019 Canadian Screen Awards’ Best Supporting Actress.

Her decision to leave TVB was driven by Selena’s desire to expand her acting through more opportunities. She said, “I have contemplated about staying with TVB because when I look back at my time with the company, I always smile. TVB is like a parent because the company helped me grow, and helped me get to where I am today. Even from my accomplishments overseas, I want to thank TVB for giving me these opportunities. I will miss everyone, but I know we will reunite. Thank you.”

Selena’s last drama with the station is Forensic Heroes 4 <法證先鋒IV>, which will air later this year. 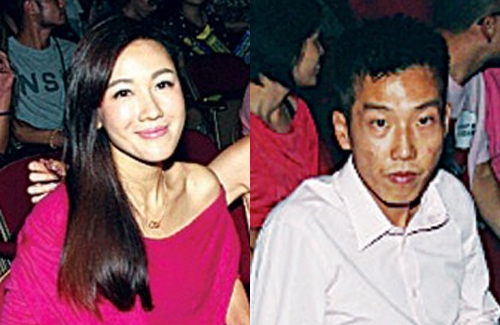