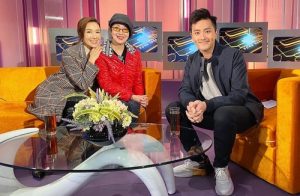 Former TVB actress Selena Lee (李施嬅) and veteran actress Susan Tse (謝雪心) appeared on TVB entertainment news program Star Talk to talk about their filming experiences of the highly anticipated series, Forensic Heroes IV <法證先鋒IV>. In the drama, Susan plays the domestic helper of Selena, who is a senior forensic pathologist. The latter role proved to be quite a challenge, as Selena deemed it as the most trying project of her entire acting career thus far because of the difficult dialogue and her fear of blood.

“I’m really scared of blood and horror movies,” the 39-year-old expressed. “But I mentally prepared for my dissection scene by watching a lot of horror movies in hopes of overcoming my fears. I felt nauseous at first, but I eventually became used to it.” 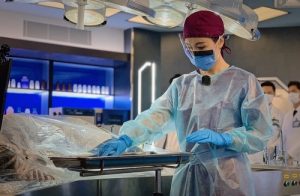 She shared that she had to touch the bare skins of real people in the dissection scenes. When asked if it was a nice blessing, the actress laughed and said, “There were all kinds of bodies; male and female, large and small body frames, and skinny and chubby. It all depends on your preference!”

On this note, Selena’s single status and her personal preference came into question again. To this, she answered, “No one has been nagging me to get married! I’ve been busy trying out new things in my career these past two years. I am too career-focused.”

However, she revealed she has met people and gone on blind dates. “There’s potential, but time is needed to develop feelings, and I don’t have enough time for it at this point. Besides, I don’t feel it’s an urgent matter. Also, sometimes things won’t work out when you become too desperate. It’ll come when it needs to come,” Selena stated. 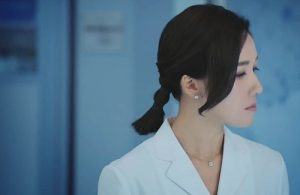 Prioritizing work over romance, Selena expressed she was really happy filming Forensic Heroes IV because the story didn’t just focus on crimes and romance, but also kinship. She revealed she has a lot of emotional scenes with Susan.

“The relationship between the characters of both Susan and I are very rare. There is a particularly tear-jerking scene, and it was incredibly hard to act it out,” Selena said.

Susan added that it took some effort to build her character. Not only did she wear a fake belly, which made her sweat a lot during outdoor shoots, but she also created a fake accent for the character. Susan said, “My father is from Zhongshan, and my mother is from Shunde, so I just combined both of their accents.”