Making her first public appearance since her engagement announcement, Selena Lee (李施嬅) was full of excitement as she spoke about her fiancé Anson Cha (車崇健) and how he proposed to her. 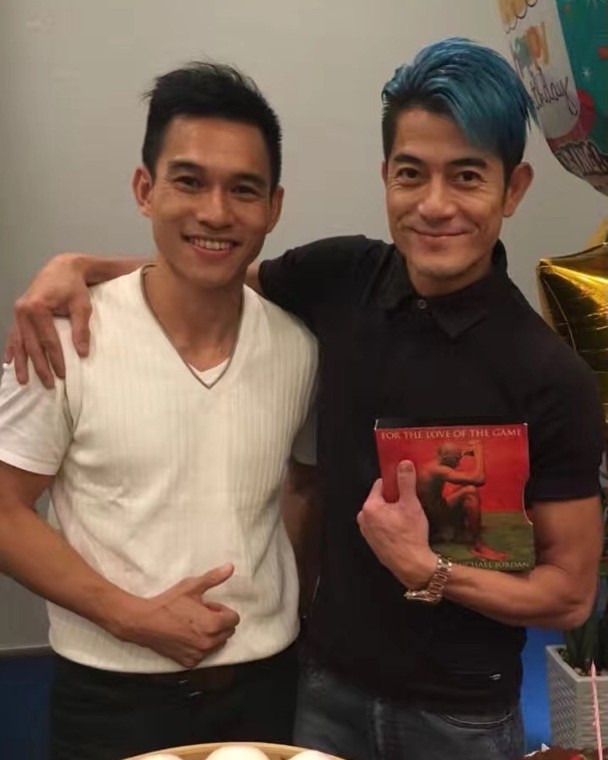 Working as a celebrity personal trainer, Anson’s clients include Chow Yun Fat (周潤發), Aaron Kwok (郭富城), and Miriam Yeung (楊千嬅). Although Selena sees Anson as the best trainer in Hong Kong, she is not his student because he is very strict with clients. With Hong Kong recently experiencing another wave of COVID-19 infections linked to an outbreak at a gym, Anson is extra cautious of his personal hygiene and undergoes COVID-19 testing every day.

Some speculate that Anson is life coach Brian Cha’s twin brother due to what looked like a family photo on social media. Trying to preserve Anson’s privacy, Selena said she does not want to talk about her fiancé’s family matters.

Describing Anson as a simple person but attentive, ambitious, and hard working, Selena said, “He has never stopped me from advancing my career in this field. He likes people who are smart and hard working. So I’ll have to work even harder for the rest of my life!”

While the pair has been dating for four years, only eight close friends know of their relationship. Meeting through a non-celebrity friend, Selena always wanted to announce their relationship, but she did not want to give Anson any pressure.

He has already been dealing with a loss of privacy since his identity as her fiancé was exposed last week. “Anson recently went to a café, and everyone immediately congratulated him. Calling me right away, his face went all red and he was scared! I told him that he is more popular than me now! All jokes aside, he is a bit nervous, so please give him some time to adjust.”

When asked how Anson had proposed, Selena revealed, “We had gone scuba diving in the United States, and he proposed underwater while we were surrounded by sharks! He knows that I like the ocean, and his thoughtfulness made me feel that he is a great man.”

Already viewing each other as forever partners, the timing of their actual wedding is not very important as it is really a celebration for their family. “As an actress, I’ve gotten married many times. I really want to keep things simple. I will ask our families for advice on the wedding–the most important thing is that they are happy.”

The couple has not planned the wedding details yet due to the pandemic. Selena’s mother lives in Canada, while Anson’s family is in the United States. “We’re not sure where we will be holding our wedding. We hope to hold it in Hong Kong within this year or the next.” She added that with her sister also recently getting engaged, their parents are excited looking forward to both daughters’ weddings.

Since Selena and Anson each have their own homes, they only co-habit half the time. The couple is not in a rush to have children, “I’ll just play with Joel Chan (陳山蔥) and Myolie Wu’s (胡杏兒) children for now!”

Selena Lee’s Fiancé Revealed to Be a Personal Trainer