Sisley Choi is a Popular Target for Love Rumors 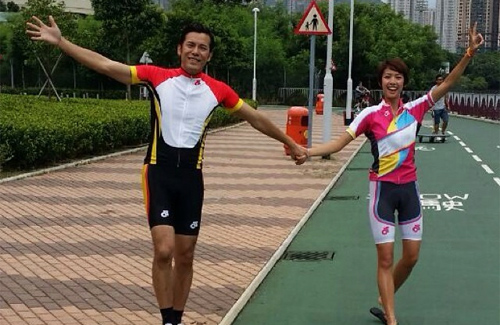 Sisley Choi (蔡思貝) is set to become the next Priscilla Wong (黃翠如). The 2013 Miss Hong Kong runner-up has already been cast in three TVB dramas since her debut last year, and reports are saying that Sisley is expected to have a prominent acting career in the coming years.

In regards to her quick rise to stardom, Sisley expressed in an earlier interview that she is not someone who is very ambitious and does not have a goal for herself yet. However, she is very thankful for receiving so many chances and will cherish each opportunity.

Recently, it was reported that Sisley was being flirty with Sammy Sum (沈震軒), her costar in the TVB youth drama Cross the Finish Line <衝線>. The drama, which is about cycling, is currently still shooting and Sisley is billed as the drama’s female lead.

Tabloids reported that Sisley is actually dating Mak Chau Sing (麥秋成), a dance instructor. In the last four months, Mak was seen taking Sisley to and back from work a total of two times.