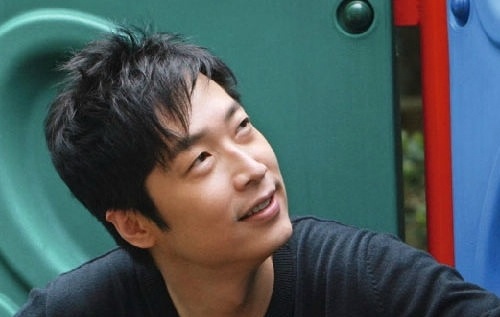 In the past, Steven’s TVB dramas were often broadcast in poor time slots, colliding with the Lunar New Year holiday and even the World Cup, which may have lowered ratings results. However, Steven expressed satisfaction with the March 19th airing date of Daddy Good Deeds; the Easter time slot was considered to be a good broadcasting time. Steven was markedly absent from recently aired promotional clips for Daddy Good Deeds, sparking speculations that he was neglected by TVB due to his contract termination. Steven explained that he was busy filming Chinese drama, Legend of Yuan Empire Founder <建元風雲> in mainland earlier, thus he was unable to film the promotional clips due to scheduling conflict. Earlier, there were rumors that Steven possessed romantic sparks with his Legend of Yuan Empire Founder romantic costar, Yanni He (何彦霓). Steven and Yanni denied the rumors and noted that they were only good colleagues with mutual interests in acting, music, and badminton.

In an earlier radio interview with Eileen Cha (查小欣), Steven revealed that his relationship with  ex-girlfriend of 8 years, Vivian Hui, had a positive turn. “We are currently still observing the relationship. At first, I felt that my economic foundation was not solid enough. I did not want her to reduce or change her lifestyle, so I considered breaking up. For her sake, I announced the breakup to avoid any outside misunderstandings if she were to meet a new boyfriend.”

In January 2012, Steven announced that he had broken up with Vivian. Apparently a few months’ distance improved their relationship, in which Steven grew as an individual. “After breaking up, we did not date other people. My income increased significantly; she can continue to maintain her current standard of living while dating me. My temperament improved, where I am no longer as persistent, making easier for us to get along with each other.”

Growing As An Individual

Leaving the “safety nest” of TVB, a company which Steven had worked with for 18 years, required him to step outside of his comfort zone, partnering with a different set of individuals and filming climate. Turning his career to China, Steven professed that his vision has broadened, allowing him to gain confidence as a person. The production values for Legend of Yuan Empire Founder emphasized quality standards which impressed Steven, from the historical details in the script to the filming set. Steven noted that he learned a lot from Director Tsui Siu Ming as well.

At the end of the year, Steven will be filming a 30-episode mainland drama in which he will serve as a scriptwriter and actor in the production. Despite ample opportunities in China and the generous salaries offered, Steven did not obliterate partnership opportunities with Hong Kong television stations. He left TVB on good terms despite ending his management contract early, while noting that City Telecom (CTI) and Now TV have also contacted him earlier.

Legend of the Yuan Empire Founder will shortly be ending post-production work. The drama was highly anticipated and will be broadcast in China on CCTV station in summer 2012.  For audiences eager to hear Steven speak in his native Cantonese dialect, TVB drama, Daddy Good Deeds will air in Hong Kong on Monday, March 19th.

Image of Legend of Yuan Empire Founder from QQ.com

Jayne: The mega-productions of mainland China are indeed a visual feast for the eyes. Legend of Yuan Empire Founder also has a very interesting historical backdrop, which may serve as a good way for us to learn more about Chinese history.