Despite cultural differences, Tang Wei (湯唯) and Korean director Kim Tae Yong have been happily married since 2014. Going back to basics, the couple even moved to a rural part of South Korea to lead an agrarian lifestyle.

In a recent interview, Tang Wei gave an update on her current life. She had finished filming for two movies, Wonderland and Decision to Leave <分手的決心>, and decided earlier to take a big break from city life.

Since the beginning of 2020, Tang Wei, Kim Tae Yong, and their daughter had moved to a small village in South Korea, which only had 70 to 80 households. Spending their time farming, Tang Wei grew many different vegetables including corn, winter gourd, watermelon, pumpkin, and lettuce. She also took care of herbicide and fertilization duties.

The simple and peaceful lifestyle gave Tang Wei the opportunity to separate her work and life. After spending half a year in the village, Tang Wei admitted that she is having trouble adjusting to the fast pace of city life again.

After this experience, she now understands the importance of conserving one’s energy, “This way, our abilities can improve, and our thoughts are clearer. Afterward, I will complete my tasks to the best of my efforts. When they are done, I will let it go.”

In 2011, Tang Wei met the divorced director on the set of Late Autumn. Getting married in 2014, she gave birth to their daughter in 2016. Many doubted whether Tang Wei and Kim Tae Yong’s marriage would last, and how they would communicate since they both came from different countries.

Tang Wei did not pay attention to the negativity, and bravely chose to believe in love. The pair has been together for 10 years now, and their daughter is turning five this year. Tang Wei often shares photos of their happy family outings on social media, proving that she made the right choice years ago. 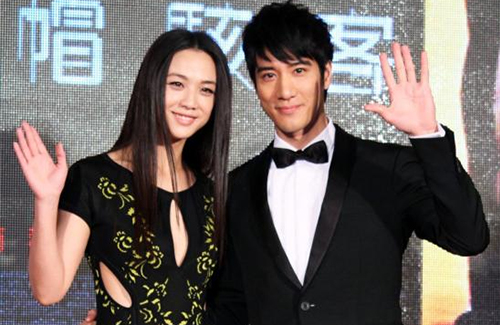