South Korean record-breaking drama, The Penthouse: War in Life, released its much-anticipated second season on February 19. Similar to its predecessor, the dramatic storyline had viewers hooked right from the start as actress Kim So Yeon gets herself entangled among three men, and is again troubled with the return of her rival.

The second season has been pulling in approximately double the number of viewers as compared to the start of the first season. In episode four, The Penthouse 2 recorded its highest rating yet with an average of 24 percent nationwide. 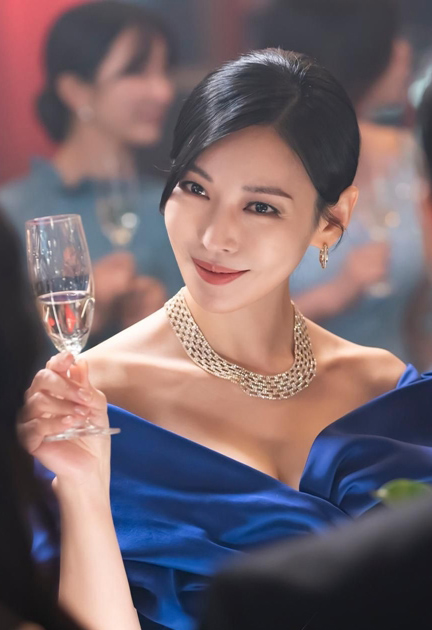 Following the scandalous affair between Cheon Seo Jin (Kim So Yeon) and real estate tycoon Joo Dan Tae (Uhm Ki Joon) in season one, a time skip brings them to getting engaged. However, their dream of a happy ever after is shattered when long-time rival Oh Yoon Hee (Eugene Kim) returns without punishment and is shockingly married to Seo Jin’s ex-husband Ha Yoon Chul (Yoo Jong Hoon).

While the new pair appears seemingly married, they are in fact only faking it in order to avenge against the villainous couple. Though it can potentially turn real by the looks of their ambiguous expressions after putting up fake public displays of affections.

At such turn of events, Seo Jin is undoubtedly annoyed and even shows her jealousy against her ex-husband who came back richer and more charismatic. Dan Tae notices her jealousy and secretly orders his men to keep an eye on her, as he believes she still has romantic ties with Yoon Chul.

Misunderstandings grow deeper by the hands of Yoon Chul, as he purposely forces Seo Jin into a kiss in an attempt to drive a wedge between her and Dan Tae.

Stuck between two men, Seo Jin also confronts Son Hyung Jin (Lee Sang Woo), a reporter who helps Yoon Chul with his schemes. Viewers are further entertained to see the two being enemies on screen, as the pair are actually lovingly married in real life.

With such an intense and exciting story line, it is unsurprising why it attracts such high ratings. Every character is well-defined and equally interesting to watch. Furthermore, guest stars such as Sang Woo and Eugene’s ex-group mate Bada add a refreshing touch, so how can ratings possibly go anywhere but higher? 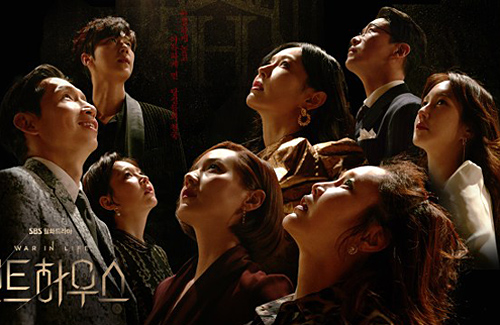 Korean drama, “The Penthouse”, is receiving rave reviews for its cutthroat plot about a group of elite women who get tangled in a game of deceit and corruption.