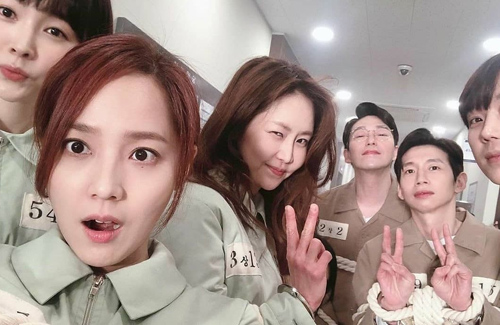 Addictive South Korean drama The Penthouse 2 follows the same strategic chain of events as the first season, and wraps up its thrilling narrative with an unexpected and mind whirling hook. The scattered hints are paving the path for a potential storyline for season three.

In the finale, the heavily sinned main characters including Joo Dan Tae, Cheon Seo Jin, Oh Yoon Hee, Ha Yoon Chul, Lee Gyu Jin, Kang Ma Ri, and Go Sang Ah, were shown to receive their sentences. Just when justice is about to be served as all the evil characters are finally behind bars, the last scene shocks everyone with an explosion that insinuates Logan Lee’s death.

Moments before the explosion, Logan Lee was seen returning to South Korea preparing to propose to Shim Soo Ryeon. As the latter walks towards him while happily holding a bouquet of blue roses, the car that he got out of suddenly explodes. His last image was a disguised Dan Tae who turned around to watch with an evil glee.

It is hard to imagine such a turn of events, as viewers wonder “how can his plan fail with such a huge explosion?” However, audiences who are well-versed with the plot twist and turns of the Penthouse series are keen to analyze everything from beginning to the end for possible hidden hints to whether Logan survived.

Some suggested that it is possible Logan did not die because Soo Ryeon had planned to give him blue roses, which symbolizes\ miracles, overcoming the impossible, and never giving up on love. Furthermore, in the newspaper that Dan Tae received during prison had a focus on the word “fail,” which likely foreshadows that his schemes to kill Logan did not succeed.

Aside from these speculations, there were also curiosities upon a scene where Soo Ryeon drank coffee and answered the phone with her left hand. This was strange as she did not use her left hand when she played as Na Ae Gyo.

With so many possibilities, viewers mused, “At this level, don’t you have to stop and carefully watch with every change of a scene?” As the the final scenes are analyzed, more probing questions lay the path for season three, which fans hope can arrive soon in June.