The story follows the reunion of these seven middle-aged singers who have retired and gave up their dreams of becoming stars. With Ram, Jimmy, and Savio having been in the entertainment industry for over three decades, the trio said they’re lucky in comparison to their characters – at least they were able to do what they loved for 30 years.

Lucky to have Ram lead the series as a professional singer, Jimmy and Savio thanked the actor for helping the team with the singing components. They said, “We’re required to sing live in the show, but because the scenes are filmed in parts, our singing-key also changed as we switched to different camera shots. Luckily, we had Ram – he basically acted as our music instructor.”

In the show, the seven singers go through many problems and obstacles during their singing career – likewise in real life, the actors expressed that they’ve also had their fair share of embarrassing and unbearable experiences.

Entering the industry with a background in martial arts, Jimmy was reduced to tears due to the insults thrown to him by the cameramen in the beginning. But in order to not show this side of him to the public, he would often hide in the washroom to cry. However, instead of holding grudges, Jimmy said he is actually quite thankful for the experience.

Jimmy said, “It’s because I got the camera angles wrong at times and I would often get yelled at. However, after being yelled at, I would be able to perfect it 90 percent of the time even if it’s not fully perfect. It’s all thanks to the person who scolded me.”

Also having had similar experiences with getting yelled at, Savio said the yelling was quite scary back then, “It really opened my eyes – the yelling and swearing went down to 18-generations of my ancestors.”

Although he was often yelled at, Savio said he would first check to see if it’s actually his fault. If it is, he will fix it, but if it isn’t, he will voice his displeasure. “One time, the director got really angry at me and kept telling me to move forward, but since there was a table in front of me, I just jumped onto the table. My director got upset and asked me what I was doing and so I explained to him that it was the only thing I could do because there was a table in front of me.” Since then, the director stopped yelling at Savio without a reason and would politely ask him if there was something blocking his way before telling him to move forward in a shot.

Being Called A Copy-Cat

On the other hand, Ram explained that he didn’t get into a lot of trouble in the early days of his career. The only major upsetting story he had was when Ram changed from being a singer to an actor. Ram recalled, “I remember when I first entered TVB and was working with Sheila Chan (陳淑蘭) as a host on the show, Hong Kong is Fun <點解香港咁過癮>. She said, [I really hate Ram Chiang, he always copies what I do].”

Ram explained that he only followed Sheila because he was a newcomer in the acting industry and didn’t know how to react properly at first. Although admitting that he had troubles adjusting, he said he was a fast learner and he was able to catch on quickly.

Having three decades of experience, the actors explained that it was not easy at first and the thought of not being able to make ends meet was a major worry. However, despite the hardships, Savio expressed, “We love acting and feel really blessed that we were able to become actors.”

With the majority of their lives devoted to acting, they explained that they will never give up on their dreams and will always find happiness and joy in their acting careers. 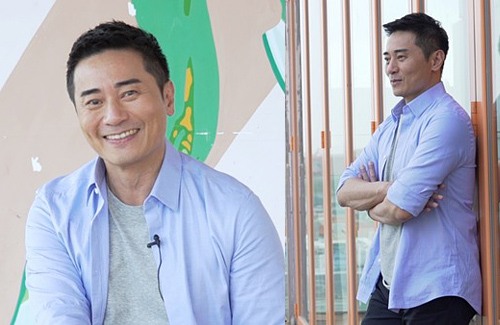 A staple on “Come Home Love: Lo and Behold”, Jimmy boasts a diverse resume of supporting roles that makes him a well-known face among TVB drama fans.