The Exorcist’s 2nd Meter <降魔的2.0>, the highly-anticipated sequel to the 2017 TVB drama The Exorcist’s Meter, has premiered on Monday. Set directly after the previous series, the drama continues the exorcising adventures of the human taxi driver Ma Kwai (portrayed by Kenneth Ma 馬國明) and his close friend Ho Jai (portrayed by Hubert Wu 胡鴻鈞).

Mandy Wong (黃智雯) reprises her role as Dr. Felicity Chong, who now gains the ability of identifying lost souls. Moon Lau (劉佩玥) continues her performance as Bella, who died in the previous series. Her love for Ma Kwai had given her the power to remain in the mortal world as a spirit.

“[My character] is in love with Mandy Wong,” shared Kenneth. “But Moon still hasn’t forgotten me so she’s reluctant to leave the mortal world. I don’t know what to do between the two of them. I do have some intimate scenes with the both of them, so I guess you can say that I’m a pretty lucky guy!” 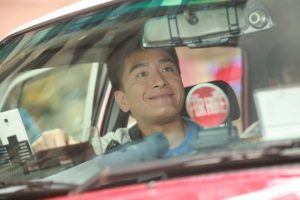 Mandy as the HK Version of Gong Hyo-jin

Mandy’s character, Felicity, has been compared to Gong Hyo-jin’s character in the Korean drama Master’s Sun. Gong Hyo-jin’s character is able to see ghosts. “There are similarities but the differences are there,” said Mandy. “My most memorable experience about this character is the arc where she entered an emergency room and saw a ‘child.’ It turns out that the child was abused by its parents, but it refused to tell the truth because it is trying to hide a story. It’s a very touching storyline, and I believe it’ll move the viewers.”

New cast member C Kwan (C君) plays a guardian lion spirit who he describes as “smutty.” His character idolizes Mandy, and will be the show’s comedy relief.

Producer Dave Fong (方駿釗) shared that one of the climaxes of the new series will be a story arc involving Kenneth Ma traveling into a time tunnel and meeting important past people in his life, such as Kitty Yuen (小儀) and Anthony Ho (何遠東). His encounters cause him to reconsider his missions in life. 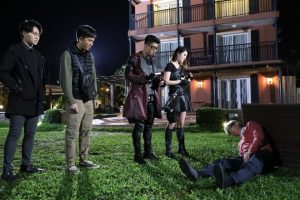 Iris Lam (林凱恩) will return as a guest star, playing the mother of a demon baby. Having witnessed Kenneth killing her possessed boyfriend twice, she vows for revenge. Hubert Wu and Ram Chiang (蔣志光), both who had died in the previous series, return as different characters—the former reprises his role as Kenneth’s close friend Ho Jai, and the latter transforms into Kenneth’s old friend IT Man.

Playing Riz, a second generation spirit exorcist, Gloria Tang (鄧佩儀) will have a romantic subplot with Hubert. There is an important scene in the show where both her and Hubert have to dance on top of a pond of water. She laughed and said, “We actually kissed a lot, so much that I have completely lost count. Sometimes we have to kiss several times for one scene to accommodate the different camera angles. We felt pretty awkward about it at first but we eventually got used to it and filming went by smoothly. I’ve never this experience before!” Gloria added that she won’t mind teaming up with Hubert as an onscreen couple for appearances. 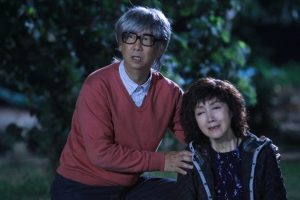 From fighting, to hanging on wires, to falling into the sea, Riz is a very action-packed role for Gloria. “I really enjoyed it,” she said. “The process was very thrilling! This show was definitely a huge challenge for me.”

Susan Tse (謝雪心) will continue her role as Hubert’s mother, continuing a story line that ended tragically with Ho Jai’s “death” in the previous series. Susan will also be having a “relationship” with IT Man. With the many different relationships and emotional struggles that her character will have to go through, The Exorcist’s 2nd Meter is a challenging drama for Susan.