59-year-old TVB actor Savio Tsang (曾偉權), who would turn 60 in a week, passed away on Thursday, November 12, 2020 after losing his battle to lung cancer. 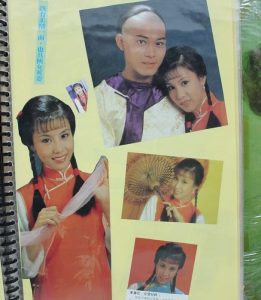 His close friend and colleague, Candy Man (文雪兒), was one of the first actors in the industry to react to his death, on Friday. “I was the first actress to collaborate with you on your debut,” she wrote on social media. “On the last time we met, didn’t you say you want to collaborate again? Hope everything is well at home in the heavens.”

Savio’s god sister Sasa soon followed with her own social media post to confirm his death. She said his family will not hold a vigil, as Savio disliked large crowds. “Hope everyone will allow him a quiet burial,” she wrote. “Grateful to all friends for lending a helping hand.”

In a tearful phone interview, Candy said she first caught wind of the news through an old colleague from the now-defunct Rediffusion TV (also ATV’s former identity). Savio made his debut in 1982, through the RTV series Love’s Runway <愛情跑道>. “I’m very unhappy,” she admitted. “[After RTV] there was a period of time where we didn’t meet up until we both started to work for TVB. We’ve stayed in close contact ever since. I’ve always admired him. He had a very big heart. Every day after work he would look after the stray cats and dogs. When they get run over, he would pick them up and bury them. It’s a shame that such a kind person had to leave us so soon.”

Cutie Mui: “Savio Was a Huge Chapter In My Life” 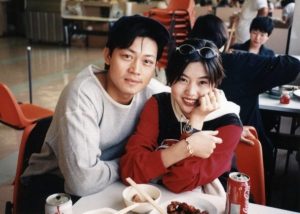 Actress Cutie Mui (梅小惠), who dated Savio for 13 years, is also crushed by the news. “I offer my condolences,” she wrote in her text reply to reporters. “Savio was a huge chapter in my life. This is something that I cannot deny. I’m very thankful to have had him in my life. He had a lot of love for others, and was also a very professional actor. I hope his family and friends will take care and soon find relief.”

Asking if Cutie will assist with funeral arrangements, she said, “We broke up many years ago. I don’t think there is much left for me to help, but I will not hesitate to lend a helping hand.”

Cutie’s older sister, former TVB producer Mui Siu Ching (梅小青), said, “My complete condolences to Savio’s family and friends. He was a man of culture and sophistication. He had a lot of love, and he was an excellent actor. He tried his best in every role he was given. Bless him, and I hope he will be happy and healthy in the heavens.”

TVB executive Virginia Lok (樂易玲) said, “I received many messages from friends and colleagues about his passing. I plan on reaching out to his family and god sister, to see if there’s anything I can do. May he rest well in the heavens.”

Savio’s Finding Her Voice <牛下女高音> costars, including Hugo Ng (吳岱融) and Jimmy Au (歐瑞偉), are mourning for the actor. “I can’t believe our first collaboration became our last,” said Hugo. “It all seemed like it just happened yesterday. R.I.P.” 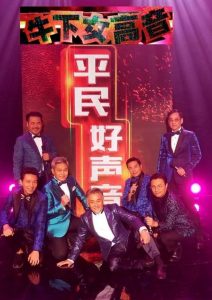 Savio debuted in the 1982 RTV series Love’s Runway. He shot to fame following his performance as “Lee Cheung Jai” in the 1983 ATV drama 101 Citizen Arrest <101拘捕令>, and won Best New Performer at ATV’s Gala night. In 1990, he transitioned to TVB and was put in many supporting roles. He temporarily left TVB for HKTV, before returning to TVB again in 2015. His most recent dramas included Finding Her Voice, Forensic Heroes IV <法證先鋒IV>, and Line Walker: Bull Fight <使徒行者3>.

While still with RTV and ATV, Savio dated his acting classmate Yeung Nga Kit (楊雅潔) for three years, before splitting in 1984. In 1986, he met Cutie Mui through the ATV Lunar New Year drama Moon Tong Hung <滿堂紅> produced by Mui Siu Ching. They immediately clicked, and their relationship lasted thirteen years. In 1999, they confirmed their separation—sources said it was because of a third party, Malaysian actress Alice Yap (葉麗儀). Savio had apologized to Cutie in an interview many years later, expressing that he had “wasted” her youth.

In February of this year, Hong Kong media started to report rumors of Savio being diagnosed with lung cancer. While Savio never confirmed it himself, he continued to make public appearances to promote his television dramas. The media also took note of his rapid weight lost.

In a brief promotional video for Finding Her Voice, Savio shared his thoughts about his character, “Hak Jai” (meaning “unlucky”). The video can also be interpreted as Savio’s last words of wisdom, as it is highly possible that Savio was already diagnosed with cancer at the time of filming.

“Hak Jai is a very unlucky guy, and in many ways he also enlightens me,” he said. “There are many obstacles in life. Sometimes, it’s about health. Other times, it’s about your career. They are all beyond your control. I always tell myself that, if I’m able to control it and change it, then I will try my best to change it. If I can’t change it, then I’ll just have to accept it. While accepting, you have to consider how to do it. There’s nothing better than to change your mindset on acceptance. We can change our character, but we can’t control our health. However, we can change how we think. When you get sick, you’ll feel defeated, but there is acceptance. My way of accepting is to face it positively, to do my best in everything I can. And sometimes we can’t do anything about it. When our pets die, we would all get sad, but besides being sad, do you have any regrets? It’s okay to have no regrets. You can smile, because you know you tried your best. That’s all that matters.”