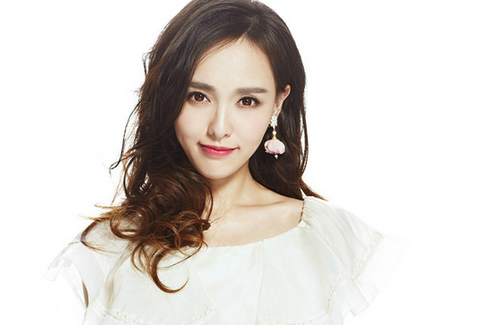 Tiffany Tang (唐嫣) and Yang Mi (楊冪) discord rumors have been spreading around like wildfire, to the point that even Tiffany herself doesn’t want to address them.

A recent rumor circulating online claims that Tiffany and Yang Mi are no longer friends. The two actresses have been friends for many years, and Tiffany was also Yang Mi’s Maid of Honor at her wedding with Hawick Lau (劉愷威).

At a recent promotional appearance in Hong Kong, Tiffany dodged questions about her discord rumors with Yang Mi. Reporters asked Tiffany, who is single, if Yang Mi had introduced her to any new friends, to which Tiffany said, “We haven’t had the time to meet.” When asked if she and Yang Mi were still friends, Tiffany simply said, “Let’s not talk about this now. I just want to make more good movies.”

In regards to her first movie with Tony, Tiffany has nothing else but praises for the legendary Hong Kong actor. “His eyes are electrifying!” said Tiffany. “He’s a super nice person and would chat with us before filming. He also likes treating the cast and crew for meals.”

When asked to compare Tony to her costar Lee Min-ho in the film Bounty Hunters <賞金獵人>, Tiffany said the maturity of Tony is more like her ideal type. The actress admitted that she hasn’t dated since breaking up with Taiwanese actor Roy Chiu (邱澤) in 2013, and while she would love to be in a relationship again, she also enjoys the pleasures of work.

“My big plans for next year is all related to work,” said Tiffany. “As for dating and marriage, I’ll leave that to fate.”