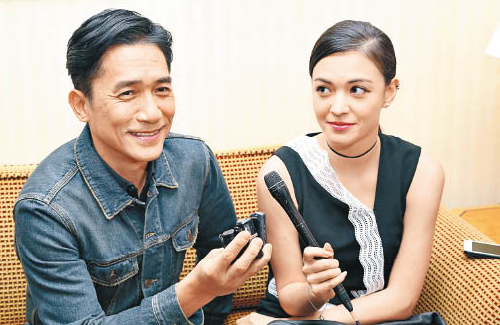 See You Tomorrow is Tony’s first collaboration with Takeshi since 2008’s Red Cliff. In regards to their comedy performances in the film, Tony said with a laugh, “There’s a lot of fireworks this time, but we followed the script, so we didn’t break our guts [from laughing].”

The 54-year-old actor said he hasn’t done a comedy film in many years, and is grateful for the opportunity. “It’s not any harder or easier than doing a drama film, but because it is a comedy, I get in a more relaxing mood.” Asking if he likes to make people laugh in real life, Tony said, “We all have different sides of ourselves. Sometimes we’re serious, other times we act like kids. Sometimes I like to fool around.” (In front of your wife or with friends?) “More often with friends.”