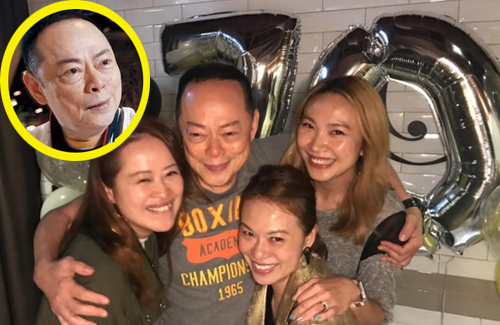 Celebrating his 70th birthday on October 21, veteran TVB actor Law Lok Lam (羅樂林) was overjoyed to have his three daughters throw a big surprise party for him.

Over 60 guests were invited, including Law Lok Lam’s ex-wife, Chan Bo Yee (陳寶儀), and her sister, Connie Chan (陳寶珠). Youngest daughter Tisha Law (羅苡之) said that the family would usually celebrate birthdays with a meal, but wanted something memorable for their father’s 70th birthday. “We conceptualized the party for six months. The actual planning took two to three months too as we had to look for a suitable place and send invites to Dad’s old friends without him knowing.”

All the effort was worth it as Law Lok Lam was stunned beyond words when his family and friends broke out in a chorus of “Happy Birthday” when he walked into the venue with his ex-wife. He appeared shy from the attention and bowed to express his gratitude to those who turned up. “I expected to see about eight to ten people, but my daughters made it really grand. I couldn’t believe my eyes and shouted three times throughout!”

As he loved his drink, his daughters gifted him a 3D cake topped with a fondant beer bottle. The veteran actor was also delighted to see Ada Choi (蔡少芬) and praised her for her thoughtfulness. Ada, who had collaborated with Law Lok Lam in her very first drama, Revelation of the Last Hero <武林啟示錄之風之刀>, offered her birthday greetings and addressed him as “father’.

Born in 1948, Law Lok Lam has been acting since the 1970s, first under RTV and later under ATV, before finally joining TVB’s contracted artistes. Since then has been in countless drama productions, including Come Home Love: Lo And Behold <愛．回家之開心速遞>, in which he plays a generous wealthy man.

Although divorced from his wife, Bo Yee, the pair still lives under one roof and shares a cordial relationship by respecting each other’s personal space. “Simplicity is bliss in life. Most importantly, everyone must remain happy and healthy!” 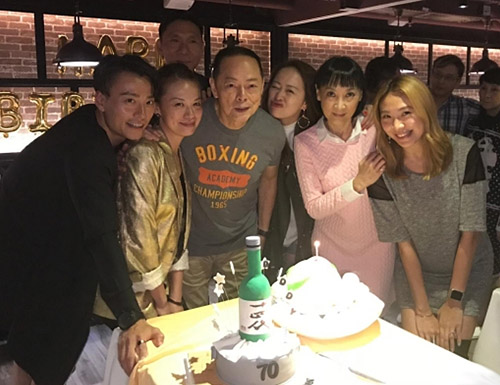 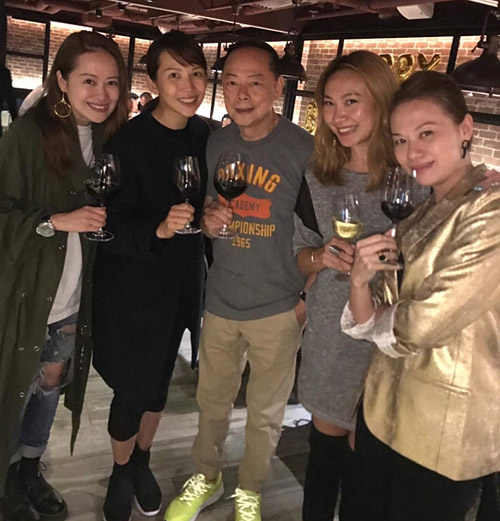 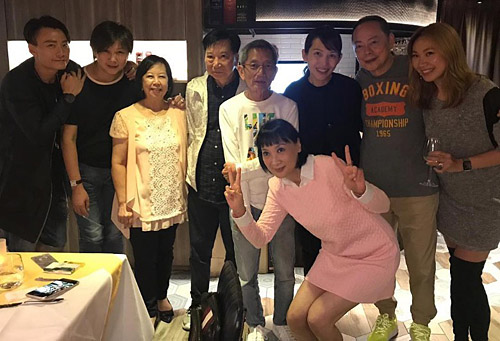 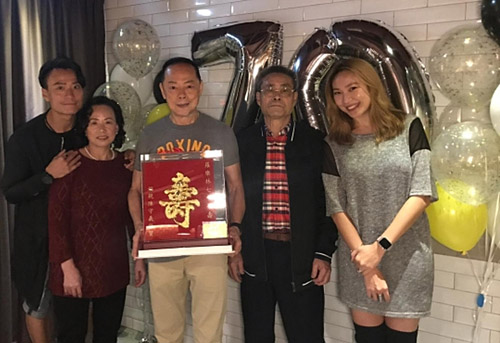