Juggling her career and family, Ada Choi (蔡少芬) is often seen as Supermom, especially when a recent photo of her carrying her son in her arms while cooking a meal went viral on social media. Ada’s drive comes from her loving husband, actor Max Zhang (張晉), and the three beautiful children they are raising together.

Married for 12 years, their supportive marriage is what many aspire to have. However, the couple’s first shared heartbreak occurred in 2008. Suffering a miscarriage from her first pregnancy, Ada was distraught and Max was filled with sadness. Luckily, Ada conceived again and gave birth to their eldest daughter in 2011. They later welcomed the arrival of another girl and boy in 2013 and 2019. 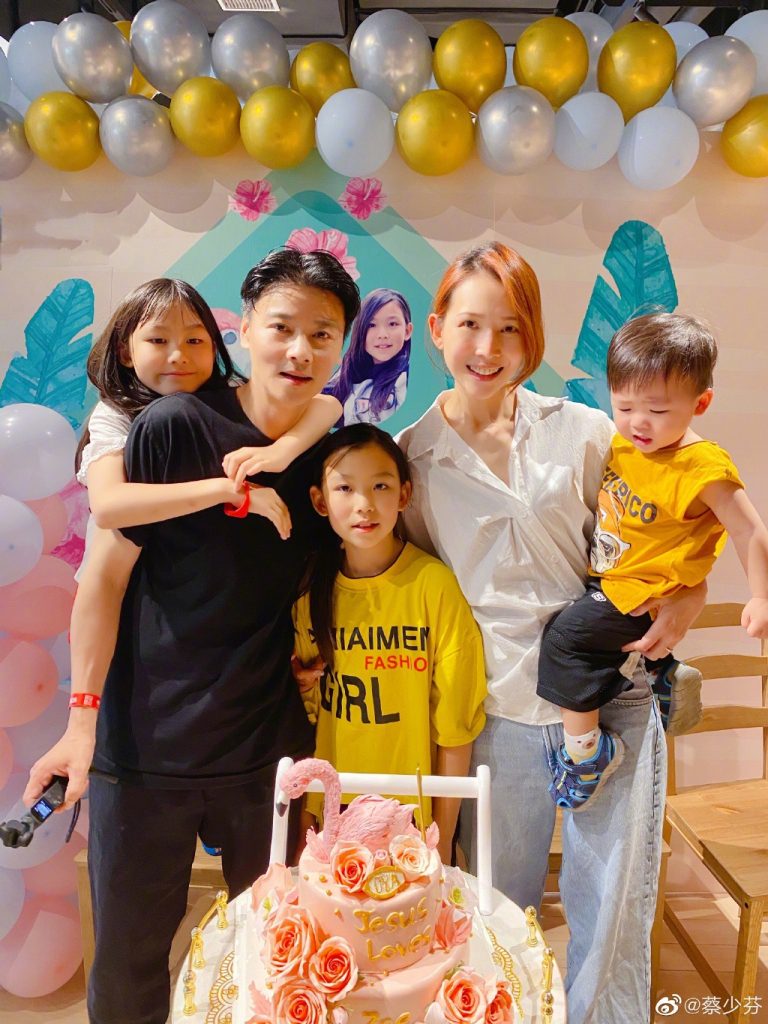 From the photos, their eldest daughter closely resembles Ada. On the other hand, their son looks more like Max.

Ada commented, “Ten years old! In the blink of an eye, we’re now in the double digits. My precious Tong Yuen, you are a beautiful, gentle, attentive, kind, outgoing, proactive, curious, and obedient daughter. To have you in our lives is a blessing. Our love for you will only grow and never diminish. Happy birthday, we love you!”

Max seemed to have taken on the role as a jealous father-in-law many years in advance and commented, “My precious Tong Yuen, when you grow up, please don’t move too far away from home.”

With most of his jobs in China, Max finds it hard to say goodbye to his children when he needs to travel for work. When his daughter had a fever, Max had to leave for work in China for 10 days. As he hugged his daughter, he broke down crying due to his reluctance to leave. Ada filmed this touching moment, and shared it on social media.

Although Max had lost his childhood early on, he rediscovered it again through his children. To please his daughters, he often lets them draw on his face and will pretend to fall. Afraid that one day they will no longer need for him to play with them, Max put aside any fatherly sterness. “Many of my friends’ children have grown up now, and no longer ask them to play. I treasure these years, so am I willing to play along no matter how foolish I look.”

With Hong Kong known for its competitive schools, many parents find the school application process to be stressful. Ada praised Max for taking their eldest daughter to her elementary school interviews and assisting her eventual enrollment.

With his hard earned money, Max also bought a luxury property as a gift for Ada, who believes this is what husbands should do since women go through so many other struggles in caring for a family.

Ada Choi Shows Off Multi-Tasking 101 in the Kitchen