As the pandemic continues, everyone is trying hard to stay busy at home – be it cooking, baking, crafts making, or sewing face masks. Social media has not only been a platform to showcase everyone’s skills, but also the birth of challenges, such as the newest “Show Hand Challenge.” The objective is to share one’s most precious collectibles, and reveal the quantity, value, investment risks, and experience. Of course, Internet users readily jumped on the bandwagon, including TVB artists Stanley Cheung (張景淳), Kelly Cheung (張曦雯), and Kalok Chow (周嘉洛). 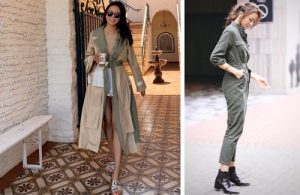 As everyone knows, Kelly is an avid gamer, and she often shows off her gaming skills in front of the camera. However, the actress chose not to reveal her collection of games in the “Show Hand Challenge,” but her shoe collection. It turns out that she has been investing in beautiful shoes for the past 10 years, accruing more than 100 pairs.

The 29-year-old revealed she does not limit herself to only expensive goods, as the brand is just for reference. On the contrary, she cares more about the shoe’s design, texture, and comfort more than anything else. Kelly expressed that cheap shoes can unexpectedly offer surprises sometimes.

The rising artiste said the price of the shoe is not the most important – its value lies in the story behind it. Hence, her most valuable pair of shoes is the ones that accompanied her onto the stage of the Miss Chinese International Pageant. As for the risks involved in Kelly’s investments, she said the danger lies in her cat Louie’s claws. 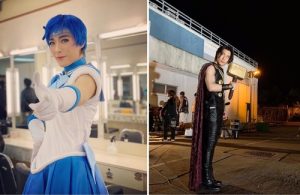 Stanley, who plays Gong Yip in TVB sitcom Come Home Love: Lo and Behold <愛 · 回家之開心速遞>, eagerly showed off his roomful of anime figures. It turns out the 39-year-old began collecting them since his childhood. He frankly said he especially likes Chogokin, which is his most precious childhood memory. He grew up in a single-parent family before the age of 11, so he was alone most of the time since his mother had to go to work. Cartoons and Chogokin toys accompanied him during his childhood. His most precious treasure is the one he used his own allowance money to buy for the very first time.

Once he grew up, he began buying and collecting figures to reminisce about his childhood memory. Stanley said his house looked like a warehouse with the unboxed figures of Saint Seiya, Slam Dunk, Maison Ikkoku, Urusei Yatsura, Wing-Man, Gantz, and more. It became too much, so he sold 70 to 80 percent of his collectibles. Now, his whole house only has one room filled with figures. Even if he adds to the collection in the future, he plans to sell some of his older ones to maintain the low quantity.

Stanley expressed that there is a story behind each figure, and each piece is the hard work and artwork of the creator. He added that they all have their collection value regardless if it’s European, Japanese, or American. However, the star reminded enthusiasts to beware of fakes. 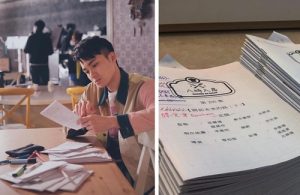 Who would’ve thought Kalok, who also stars in Lo and Behold, has a hobby of collecting scripts? In the “Show Hand Challenge,” the actor said he amassed about 1,200 scripts over the past five years. He hopes that there will be even more in the future.

The 24-year-old believes his scripts are priceless treasures, and each script is a precious and important opportunity. He laughed and expressed the biggest investment risk in his collection is physical fatigue. However, he said it’s very fulfilling because his experiences caused him to be who he is now. He hopes to continue on his way to becoming a better actor.

In 2015, he returned to Hong Kong from Australia to join the 28th Artiste Training Class. He is willing to work hard and endure the harsh shooting schedules because of his passion for acting. His hard work paid off last year when he was named the Best Supporting Actor with his performance in Lo and Behold at the 2019 TVB Anniversary Awards.