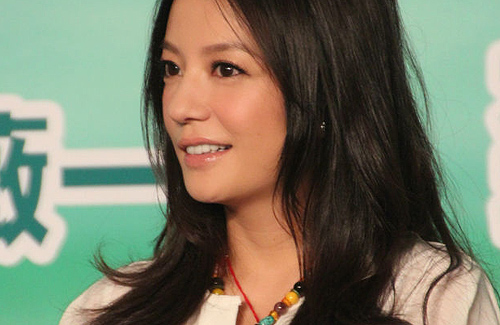 So Young <致我們終將逝去的青春>, the directorial debut of mainland Chinese actress Vicki Zhao (趙薇), netted a total of 45 million RMB on its opening day, setting an opening-day box office record for 2D domestic films. Already an accomplished thespian, Vicki has now achieved her first directorial success after finishing graduate studies. In a recent interview with China Business News, Vicki spoke about her first experience with directing, her precision regarding details in the movie, and her views on the idea of youth.

As her graduation project, So Young inevitably encompassed many of Vicki’s own hopes and worries. According to Vicki, the movie began filming on March 3, 2012, but the preparations beforehand took five months. Moreover, she was so involved in every aspect of the film that she found herself unable to fully relax until the final cut of the movie was completed.

“On the first day on set, I was itching to present all of the things we had prepared,” Vicki recalled. “I didn’t have any other thoughts. It’s possible that I was too excited, so we filmed for 25 hours straight on the first day.”

Although it was rumored that Vicki scolded people on set, she says that the one person she scolded was Maggie Jiang (江疏影), and that was only to make her feel wronged, so she would be able to present “a sorrowful and inconsolable feeling” in her performance. Nevertheless, Vicki praised the new actors for being cooperative, hardworking, and persistent, adding that if she had found a big-name celebrity to act in So Young, she “probably wouldn’t have been able to torment them like this.”

The filming schedule for So Young was originally expected to last two months, but due to Vicki’s fastidious take on every tiny detail, filming lasted for twice as long. “Before we started filming, I actually knew we wouldn’t finish in two months,” she shared. “We had to film in Nanjing, Guizhou, and four other cities, and the investors said that four cities were too expensive and that transportation would waste a lot of time, but I wasn’t willing to compromise.”

In the end, Vicki put in her own money in order to keep the filming going, since she figured it would be even more of a waste of money if the crew had to stop and wait. Despite the risks, her persistence seems to have paid off, with viewers marveling at the effort put into the movie’s details. For example, So Young features pull-top beer cans, which were popular in the 90s but are no longer available in mainland China. As a result, Vicki’s crew had to buy them in Hong Kong and transport them to Nanjing.

“Because we filmed too many rolls, my staff had to remind me to let the actors take it easy when drinking,” Vicki said with a laugh. “Because if we finished drinking all of the beer, then we would have to buy them from Hong Kong again.”

After watching the movie, some viewers have said the main female lead, Zheng Wei, is similar to Vicki. According to Vicki, writer Xin Yiwu (辛夷塢), who penned the novel on which So Young is based, said that she actually wanted Vicki to play the role when she was writing that character.

Although Vicki does not think that she is like Zheng Wei, Vicki admits that she, like many other viewers, cried while watching the movie. In fact, she often directed and cried simultaneously while on set. Nevertheless, she feels that the movie’s depiction of “cruel youth” is necessary and realistic.

“Cruelty is an objective existence,” Vicki said. “I don’t like youth that is fresh and clean. If it’s not cruel, then it’s not like youth at all!”

Despite her many years in the entertainment industry, and her newfound success as a director, Vicki says she still feels young and admits, “Even now, I don’t think I’m all that mature. If you continue thirsting for knowledge and being curious, then youth will remain for a long time.”

Vicki also shared that she will probably focus more on acting in the near future. “So Young took three years from beginning to end,” she said. “If I were to direct a few more films, I reckon I’ll become an old lady by then. I gained a lot from being a director, but I have not lost interest in being an actress.”

2 comments to Vicki Zhao Remains “So Young” After Directorial Debut